Hamadouche (21-1, 17 KOs) has only lost once in 22 fights, dropping a points decision to Belgium's Delfine Persoon in a challenge for the WBC Lightweight crown in 2015, and the Frenchwoman has since gone on a 12-fight unbeaten streak. 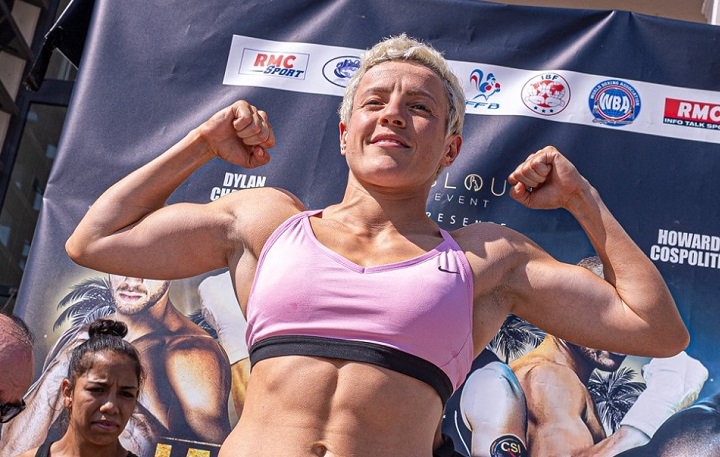 She picked up the vacant IBF World Title with a unanimous decision against Bolivia's Jennifer Salinas in November 2016 and has made five successful defences of her belt, most recently against Mexico's Janeth Perez in July last year.

“By signing with Matchroom and OPI Since 82 I will be able to secure the unification fights in the Super-Featherweight division that I thrive for," said Hamadouche. "Eddie Hearn promotes a number of World Champions including Terri Harper and Ewa Brodnicka, who both fight in my weight division. Those are the fights that I want. I am determined to prove that I am the number one 130lbs fighter on the planet and in order to do that I must beat Harper and Brodnicka."

"I'm delighted to welcome Maiva Hamadouche to our ever expanding roster of female World Champions at Matchroom Boxing," said promoter Eddie Hearn. "It's a stacked division with Matchroom now representing three out of four of the World Champions at 130lbs. I look forward to making huge unification fights at Super-Featherweight to find the Undisputed ruler."

Salvatore Cherchi, President OPI Since 82, said: “We are very happy to have signed Maiva to our team alongside our friends at Matchroom Boxing. For us, she is the best World Champion of the division, and we look forward to her proving us right. With the help of Matchroom, there are endless big fights waiting for her.”