Mairis Briedis endured two controversial wins in order to advance to this point, but left no doubt when it truly mattered most.

Ring rust wasn’t at all an issue with each combatant, both of whom have not fought since scoring separate knockout wins on the same show last June in the semifinal round. Dorticos delivered the 2019 Knockout of the Year with a 10th round flattening of unbeaten Andrew Tabiti, claiming the vacant IBF cruiserweight title which was at stake in Saturday’s contest along with the lineal championship and the tournament’s coveted Ali Trophy.

Briedis’ path was far more complicated, claiming a disputed 12-round decision win over Noel Gevor in their October 2018 quarterfinal, followed by a wild 3rd round knockout of Krzysztof Glowacki last June. The bout was met with two protests, which—along with the ongoing coronavirus pandemic—saw this both finalists out of the ring for 15 months as a result. 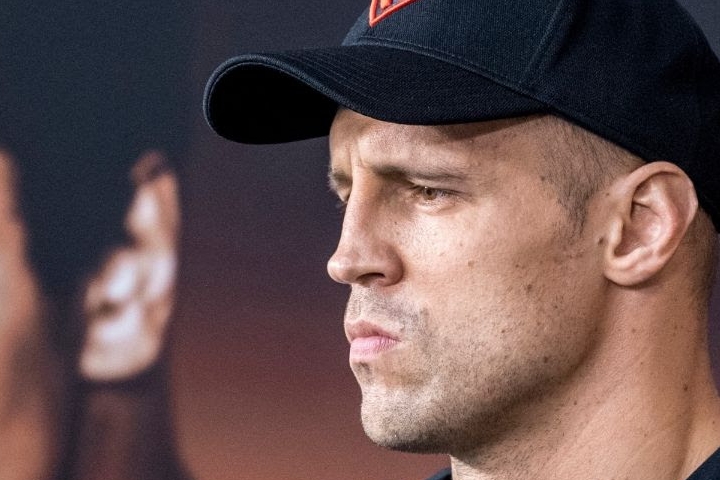 It proved to be well worth the wait forBriedis in the end.

“It feels like a dream come true,” noted Briedis.

Both boxers worked behind a stiff jab to start the contest, though it was Dorticos who landed the first telling blow. An overhand right by the Miami-based Cuban caught the attention of Briedis, who took the shot well along the ropes as he quickly regained his composure. Briedis came back with a right hand, left hook combo, to which Dorticos responded with another overhand right just before the bell.

Briedis sought to make his presence felt in round two, though missing with a right uppercut which Dorticos saw coming and was able to dodge. Dorticos remained dialed in with his right hand, which Briedis continued to absorb while remaining upright. Lacking from the former two-time cruiserweight titlist was an equalizer, as Dorticos was able to come forward to control the contest’s brisk pace.

Dorticos went straight to the jab in round three, though Briedis was able to adjust and respond. The first-ever world champion from Latvia connected with a left hook and looping right hand midway through the round, forcing Dorticos to readjust his defense. Briedis landed a right uppercut in the final minute, then wisely clinched as Dorticos looked to respond.

Briedis was dialed in with his right hand in round four, though not without its consequences. Dorticos took a clean shot upstairs to immediately counter with a left hook to the body. Briedis took the shot well and continued to commit to jabs and right hands upstairs. Dorticos landed an overhand right midway through the frame to shift momentum, cornering Briedis late in the round.

The two best cruiserweights in the world switched tactics in round five. Dorticos targeted Briedis’ chin, coming forward with right hands while Briedis looked to work the body. Dorticos grew more purposeful with his jab, following with long right hands in a trend which he carried over into round six. Breidis adjust late in the sixth, connecting with a right uppercut and tightening up his defense just enough to block incoming right hands.

Briedis kept momentum in his favor in round seven, connecting with a right hand early. Dorticos took the shot well, though not so much from a follow up attack which forced him to clinch. Dortcos returned to the jab, following with a right uppercut though not with the same energy as was the case a couple of rounds prior.

Fatigue began to affect Dorticos in the middle rounds, a point in the fight where Briedis truly hit his stride. Right hands continued to land for the 35-year old Latvian, as Dorticos struggled to keep up with his foe’s workrate.

Briedis continued with his attack in the championship rounds, remaining at a consistent pace while Dorticos began to telegraph his right hands in his best effort to keep pace. Neither boxer relented in the final three minutes, though it was Briedis was consistently quicker to the punch despite several right hands getting through for the Cuban puncher.

The win serves as sweet redemption for Briedis (27-1, 19KOs), whose lone career defeat came in a narrow points loss to Oleksandr Usyk in the WBSS cruiserweight semifinal round in season one. Usyk went on to win the 1st season of the tournament with a 12-round virtual shutout of Murat Gassiev, whom stopped Dorticos (24-2, 22KOs) in the 12th round of their semifinal contest last February.

Dorticos rebounded with a 12-round majority win over Mateusz Masternak in the season two quarterfinal, followed by his aforementioned highlight reel knockout of Tabiti.

The cruiserweight final was supposed to take place much earlier in the year, a point at which was delayed due to Briedis having to wait out a ruling from the WBO regarding his win over Glowacki. The official verdict remained intact, but he was forced to vacate in lieu of entering a rematch with the Polish boxer due to his contractual obligation to the WBSS tournament.

With that came a targeted date of March 28 in his Riga hometown, only for the coronavirus pandemic to wipe out those plans. Efforts to reschedule in May were equally thwarted, though with Saturday’s result comes long awaited resolution.

“This is the Olympic medal I’ve always wanted,” noted Briedis of taking home the Ali Trophy.

The worst division in boxing. I have lost all the interes since I saw Breidis -Glowacki.

[QUOTE=just the facts;20782972]Was this a good fight? Haven't seen it. I value your opinion.[/QUOTE] Its definitely worth watching. :fing02:

[QUOTE=dan_cov;20779871]One judge had that a draw? WTF was that prat smoking?[/QUOTE] Was this a good fight? Haven't seen it. I value your opinion.

WOW! Great win congratulations to Briedis on winning the belt and Ali Trophy!

Not too surprised here. I doubt anybody troubles Marias unless he gets old overnight or retires; too bad I missed it