Maidana Claims To Have Mayweather's Tooth as Keepsake

Maidana claims that he knocked it out of Mayweather's mouth, during their rematch in 2014.

Maidana, who plans to return to the ring in an exhibition later this year, finished his career off in 2014 with back to back bouts against Mayweather. Both contests ended in twelve round decision losses for Maidana. 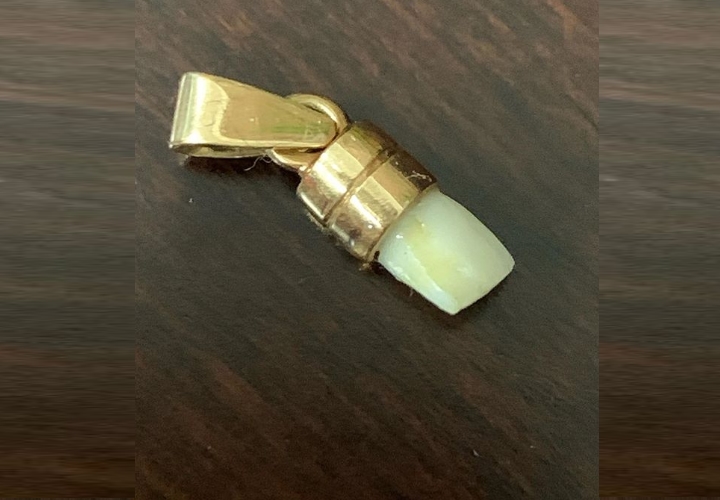 Maidana clipped him with a hard right hand in the third round of the rematch - and it appeared on video that something flew out of Mayweather's mouth.

The hard puncher claims it was Mayweather's tooth. Maidana or someone from his team collected the tooth.

On Friday, the 36-year-old veteran posted a photo of the item to social media, claiming that he was using Mayweather's tooth as a souvenir.

But Mayweather has denied Maidana's claim, stating that while a very good shot connected in the third - he did not lose any teeth.

"In the third round, when he hit me with that shot after the bell, it was a real good shot. It got my attention," Mayweather said, according to The Mirror.

"It was nothing I never felt before, but it was a really good shot which got my attention. [But] no, he didn't knock my teeth out. Not at all. He's a strong guy, he's a good puncher, but no, as far as my teeth missing, absolutely not."

Maidana is still slated to face kickboxer Jorge Cali in an exhibition clash. It was postponed to a later date due to the coronavirus pandemic. Depending on how he performs and feels, Maidana may resume his career for a few more fights.

Chino is loosing weight and was planning a comeback for a while, I think one of his rumored comeback fights fell through last year. He is doing this for free publicity. -------- Also even if they found a tooth in…

[QUOTE=MisanthropicNY;20509158]Now we know why Floyd got the veneers. Floyd struggled so badly against Maidana the first fight LOL. Imagine Pacquiao in his prime against Maidana or a Sugar Ray - either one struggling against Maidana? Pretty embarrassing.[/QUOTE] ————-/ PAC was…

[QUOTE=MisanthropicNY;20509158]Now we know why Floyd got the veneers. Floyd struggled so badly against Maidana the first fight LOL. Imagine Pacquiao in his prime against Maidana or a Sugar Ray - either one struggling against Maidana? Pretty embarrassing.[/QUOTE] Couple things: 1.…

So was he missing a tooth during the interview in the ring? I didn't notice a missing tooth.

There's absolutely no way that no one saw Mayweather's tooth before someone from Maidana's camp retrieved it. That would've sold the heII out of the rematch.