The previously undefeated Delgado appeared almost out on his feet when referee Samuel Burgos stepped between them to stop their scheduled eight-rounder 47 seconds into the third round in Hollywood, Florida. Majidov, of Baku, Azerbajan, promptly helped a disoriented Delgado onto his stool, to make sure his opponent was OK.

The 34-year-old Majidov, a 2012 Olympic bronze medalist, improved to 3-0 and recorded his third knockout as a pro on the Daniel Jacobs-Gabe Rosado undercard at Seminole Hard Rock Hotel & Casino. 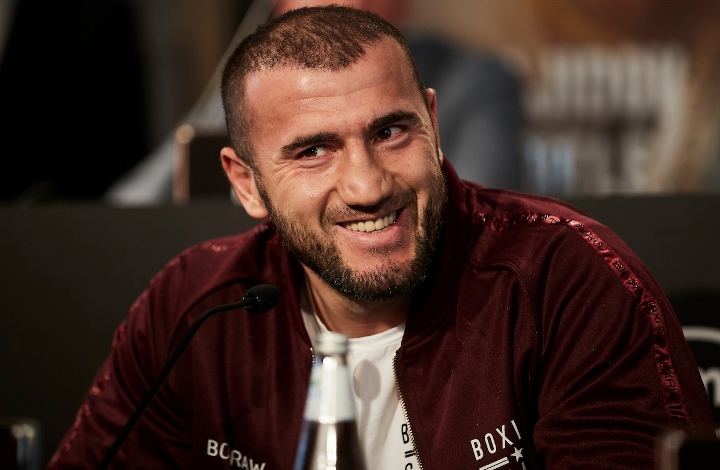 Delgado, a native Puerto Rican who resides in Berlin, New Jersey, lost for the first time as a pro (8-1, 7 KOs). The 26-year-old Delgado built his previously unblemished record against a low level of opposition, though.

Delgado came out firing to start the third round, but Majidov wobbled him with a left hook about early in that round. Majidov jumped on a staggered Delgado and finished him soon thereafter.

Majidov worked well off his jab throughout the first round. He hurt Delgado with a right hand late in the first round and quickly followed up with a left-right combination.

When Majidov attempted to finish his vulnerable opponent, however, Delgado fired back a hard, left hook that made Majidov back off.

[QUOTE=PBR Streetgang;20913311]Nice crisp left and I thought he actually moved well on his feet for the first minute. After that, he was gassed and used the ropes to help keep him vertical. It's a shame he was so out of…

Also, Majidov impressed me with how concerned he looked for his opponent after the stoppage. He actually held him up, made sure the stool was under him and gently placed him on it. Class move.

[QUOTE=Kannabis Kid;20912980]Delgado had a nice crisp left hook only problem was he gassed out after he threw the first one.[/QUOTE] Nice crisp left and I thought he actually moved well on his feet for the first minute. After that, he…

Hope Delgado is ok. He was out on his feet even when he left the ring, should have had given him oxygen coz he was in serious trouble after the Stoppage!