RCC Boxing Academy, Ekaterinburg, Russia - Winning is important. Impressing is too. In his fight versus dangerous Argentinean import Diego Gabriel Chaves, a familiar name not so long ago, Russian standout Magomed Kurbanov won but hardly impressed over twelve rounds, which ended in a unanimous decision in his favour.

Chaves is best known for his stint in welterweight, specifically for his 2013-2014 accomplishments, when he fought the who's who of the division and impressed to a degree. The Argentinean gave fits to Keith Thurman before unfolding in later rounds, fought on even terms in a roughie against Brandon Rios, when the fight got stopped on a DQ and, finally, boxed to a draw with Timothy Bradley, when he was at his peak. 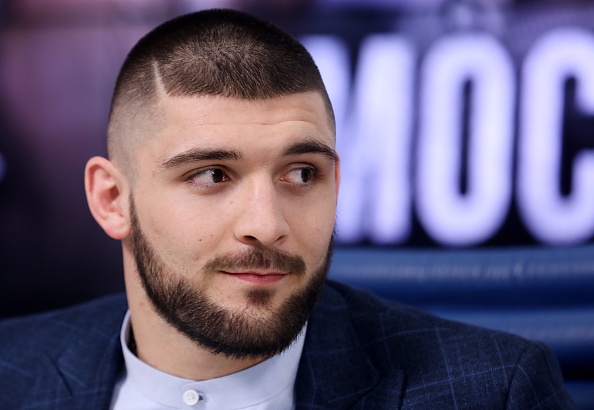 The fight between those two is best described as tactical. Both combatants exchanged some punches but did that in calculated matter. Kurbanov was the aggressor and landed more than Chaves but he didn't let his hands go during the first half of the fight, being as economical as Floyd Mayweather (cited by Kurbanov as one of his childhood idols alongside Mohammed Ali and Mike Tyson) but with smaller connection percent.

Chaves tried to counter but did that rarely and those punches were blocked by the Russian. The fight wasn't clean, Chaves ducking way too low and using his head excessively, while Kurbanov was hitting Argentinean on his back. He was deducted a point by referee Yuri Koptsev for doing that.

Later in the fight, Kurbanov got more active but not more precise. Both combatants continued a low-octane chess match, which didn't thrill the crowd. At the end, three judges had it narrowly for Kurbanov: 115-113, 116-111, and 117-110, who acquired a vacant WBO International title, one which he held back in 2017.

Home cooking... 7-5 for Chavez + 1 point deduction against the Russian. Feel sorry for the Argentinian..