Machado Getting Ready For Feb. 9 Defense, Maybe With Cancio

The boxer is already training strong for the fight, which he thought would come against Rene Alvarado - but that won't happen at the moment.

"Rene Alvarado suffered some cuts during the fight with Carlos Morales and will not be ready for February. They gave us the opportunity to make a voluntary defense with the commitment to face Rene later when he is recovered," explained Juan de León, one of Machado's managers, to Carlos Gonzalez. 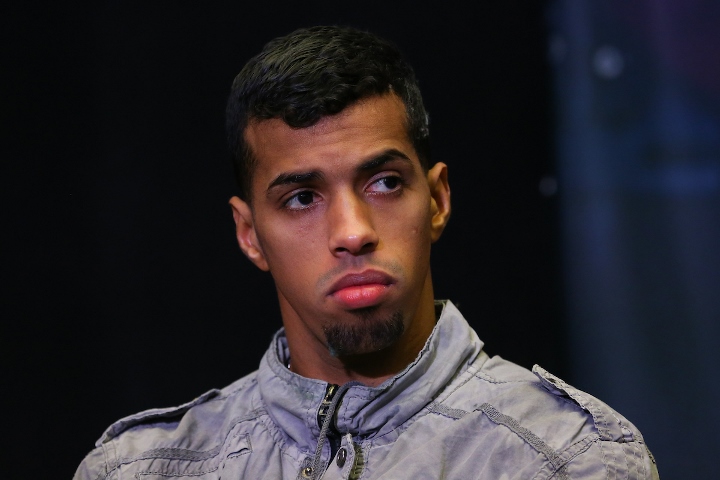 For now, Andrew Cancio (19-4-2, 14 KO) is under the consideration of Golden Boy Promotions executives.

The Californian occupies the tenth position in the current ranking of the World Boxing Association. The WBA's "super" champion at the weight is Gervonta Davis, who defends the title against Abner Mares, also on February 9, but at the StubHub Center in Los Angeles.

"It's a good fight for Machado. Cancio has enough experience with fights against Joseph 'Jo Jo' Díaz and knocked out René Alvarado. Cancio is coming up, so it's another challenge for Machado. We are looking for further development for the big fights later on," said León.

Machado (21-0, 17 KOs) conquered the WBA belt in October 2017 with a knockout victory over Jezreel Corrales. In 2018, Machado dropped Rafael Mensah in round one and then outboxed him over twelve rounds for a unanimous decision win. Back in October, he demolished Yuandale Evans in one round to retain the title for a second time.

After getting stopped by Diaz in September 2016, Cancio was away from the ring until April 2018 when he knocked out undefeated Aidar Sharibayev. He came back to the ring in August and won a ten round unanimous decision over Dardan Zenunaj.

[QUOTE=Dasmius Shinobi;19394602]That is I want also. I don't want people to said that Machado is fighting only bums for highlight KO. I want to see what Machado is made off. Machado scare me when Jezreel Corrales was outboxing him, but…

[QUOTE=PrBoxing88;19394338]Next fight should be a top 5 or a champion no other option.[/QUOTE] That is I want also. I don't want people to said that Machado is fighting only bums for highlight KO. I want to see what Machado is…

Seems like Corrales didn’t want to pursue a rematch...

BigJavi, Yes sir this is true. Who in the world did Davis beat to become the super Champion? It was Machado that beat the man (Corrales)...