With just one day until his BT Sport 1 main event against Dec Spelman, ‘King’ Lyndon Arthur has declared himself ready to conquer the United Kingdom’s Light Heavyweight landscape.

“Forget Yarde and Buatsi,” said Lyndon of his two most high-profile rivals. “By the end of the year, I'll be the guy you’re all talking about.”

Prior to Lockdown, Arthur had been scheduled for a blockbuster bust-up with ‘The Beast’ Anthony Yarde but those plans were scuppered by the Lockdown and subsequent postponement of a planned April 11th card at the O2 Arena. 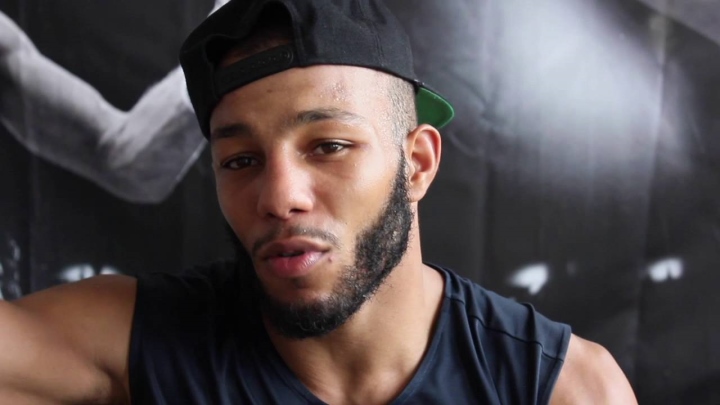 That fight remains part of Frank Warren’s plans for later this year, but first Lyndon must overcome a tricky defence of his Commonwealth Light Heavyweight title against a tough opponent in Dec Spelman.

Spelman is confident of victory himself and in his first interview since arriving in London for fight week, the Scunthorpe scrapper vowed to take Lyndon’s “head off”.

The ‘King’ isn’t worried about the threat to his crown… or his head.

“Friday it’ll be the same old story. I’ll beat him down and I’ll knock him out. Easy work.

“I keep hearing people say this is my hardest fight but I’m going to make it look like my easiest. Dec Spelman has never been hit as hard as he will be on Friday night.”

Spelman enters the ring boasting an impressive record of 16-3, but the undefeated Mancunian thinks he’ll be able to prove he’s a level above his opponent.

Lyndon is 16-0 with 12KO’s to his name and believes he’ll soon prove himself worthy of his royal nickname.

The ‘King’ said: “Dec’s a good fighter but he doesn’t belong in the ring with me.”

Your right Arthur you don't belong in the ring with Spelman. He's better than you. Looking forward to the upset because I get paid . And doubt youll ever get to yarde.