Luke Campbell: Ryan Garcia Has Speed, Power, But I Will KO Him

The WBC ordered an interim lightweight title fight between Ryan Garcia and Luke Campbell last week, and the war of words has already started between the two fighters.

“I would love for it to happen, and I’m excited for it to happen,” Campbell told Boxing Social. “On social media, literally everybody was talking about it and got excited about it. That’s what it’s about. Everyone went crazy for that fight. He’s got a hell of a following as well. It would be a shame if it didn’t happen. If it doesn’t happen this time, it’s out of my hands … I think I win by KO.” 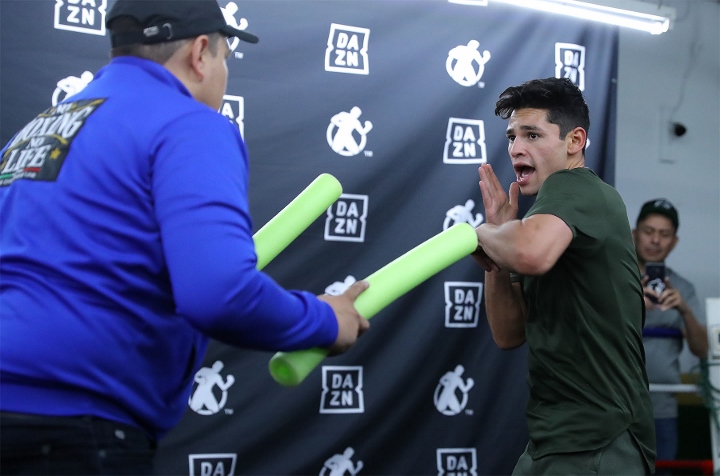 The winner of the fight would become the mandatory challenger for WBC lightweight champion  Devin Haney (24-0, 15 KOs).

“I think [Garcia] is a more dangerous fight [than Devin Haney], but it’s an easier fight. I’m hitting harder than I ever hit before,” said Campbell.

“It’s a fight that I’m really up for, and I can go in there and showcase my skills. I don’t think I’ve seen one of his fights. I’ve seen highlights, but I’ve never sat down and watched one of his fights. It’s never interested me. You can see he’s got speed, and he’s got power. Watching my last fight against [Vasiliy Lomachenko], I think I can be so much better than that, and I will be in my next fight.”

Garcia has a pair of eliminators on his plate to contemplate. On Monday, the WBO ordered for the 21-year-old to face Emmanuel Tagoe (31-1, 15 KOs) as a final eliminator to determine their next mandatory for Lomachenko, the 135-pound WBO champion.

Outside of one fight in 2013, Tagoe, 31, has fought exclusively in Ghana and has reeled off 31 wins in a row since losing his pro debut.

Garcia is coming off consecutive first round KOs of Romero Duno in November and Franciso Fonseca in February.

The 32-year-old Campbell is looking to bounce back after a loss to Lomachenko in September.

[QUOTE=whollisboxing;20700508]I think it's a bit of a trade-off because yes, Garcia is taller and longer than Loma but he doesn't have as many tools in his toolbox either. From what I can tell, Ryan has a mean counter left hook…

[QUOTE=BoxingIsGreat;20654532]Campbell is recycled goods. His resume is nondespcript. Couldn't even win one of these crooked, dime a dozen belts, as I said. I don't know why they keep giving him these shots. Ryan hasn't fought anybody yet, and beating Campbell…

[quote='b';20653753]luke campbell: "yeah sure, ryan garcia may have speed, power, footwork, technique, ring iq, the money, the fanbase, the looks, the chiseled to die for abs, the tight buttocks that make a grown man squea- wait, where am i going…

[QUOTE=Bronx23;20654504]He put up a good fight against Loma for as long as he could, I'm interested in seeing him mix it up with some of the other guys. Triangle theory doesn't work in boxing though. Too many differences between Loma…

[QUOTE=Bronx23;20654504]He put up a good fight against Loma for as long as he could, I'm interested in seeing him mix it up with some of the other guys. Triangle theory doesn't work in boxing though. Too many differences between Loma…