Luke Campbell: I See Myself Breaking Down, Stopping Ryan Garcia!

The WBC's interim-lightweight title will be at stake. The winner will be positioned for a crack at world champion Devin Haney.

Campbell is gearing to get back in the title picture after losing a twelve round decision to Vasiliy Lomachenko last August. 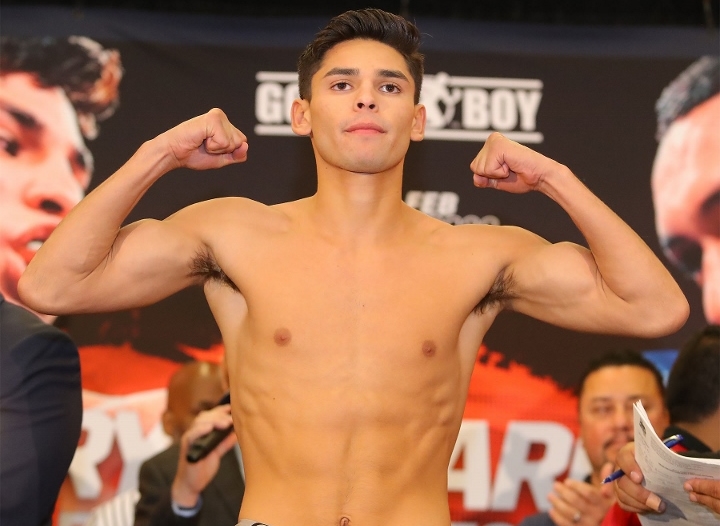 Campbell is not looking for the contest to last the entire twelve round distance.

He wants to put away Garcia before the fight reaches the judges.

"Hopefully we've got a date in November," Campbell told Sky Sports. "We're looking around the 14th, so hopefully we can move on that date soon.

"For me, it's done. That's the guy who I'm facing. He's the one that's there to win, because he's the up and coming guy, but I'm excited by this opportunity to show the world what I'm really capable of doing. I see me just breaking him down and stopping him."

Campbell is far more advanced when it comes to experience in the amateur and pro ranks.

"My opposition have been levels above what he's had to face so far," said Campbell. "In my 17th fight, I fought a three-weight world champion in (Jorge) Linares, who at that time was in his prime and was also in the top 10 pound-for-pound list as well. It's a fight I thought I won.

"Then fighting Lomachenko who is ranked pound-for-pound No 1 in the world. I've had experience being in there with world opposition. Class guys. All that does for me is grow my confidence, makes me believe in myself. Coming from my last performance, I know I can be so much better than that, and now this is my opportunity to go and prove it."

Can’t wait to witness all these bandwagons jump off when Luke beats up Garcia! He’s gonna intelligently pressure Garcia and work the body starting round 1 and by round 6 the kid will be gassed an loading up on one…

Good fight I think Campbell is a huge step up, no matter what anyone’s prediction is. Wouldn’t surprise me at all if Campbell knew way too much for him at this stage. I remember Loma’s dad saying he rated Campbell…

Campbell has a lot of experience and will come prepared. This is an interesting fight.

[QUOTE=BLASTER1;20750098]To these guys saying its a long hard fall for Ryan if he loses well thats just stupid. These are the type of fights us fans want. Garcia is definitely young enough and good enough to overcome a defeat. Us…

Fan of both guys, may the better man win. Luke is a very good fighter and props to such a young prospect in Ryan for taking this fight. Let's hope it doesn't fall through.