Luis Ortiz: Whoever Says I'm Old, I'm Finished - Face Me in The Ring

The 'King Kong' of Cuba is part of the elite in boxing's biggest division and perhaps some view him as the gateway to potential fights with world champions. But he doesn't want anyone to enter those prominent places. 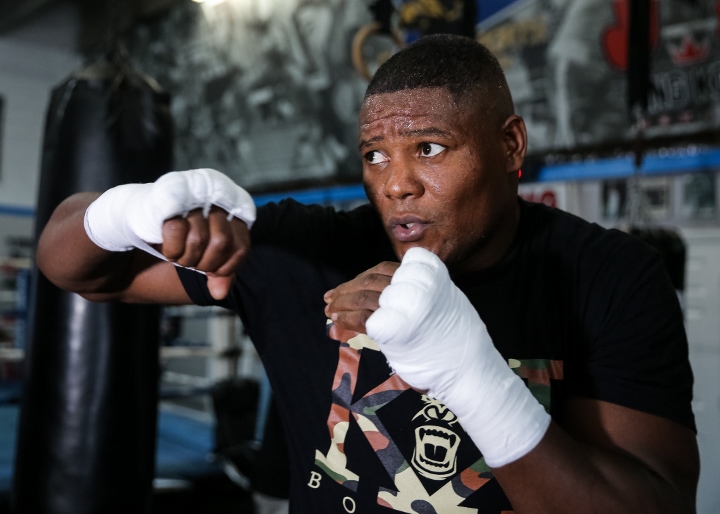 Flores will try to add Ortiz's name to his list of triumphs when the two clash in the main event of a FOX televised card, which is being promoted by Premier Boxing Champions from the Microsoft Theater in Los Angeles, where another Cuban, Frank Sánchez, will also participate in the co-feature.

For Oritz, he returns for the first time since the knockout loss to then WBC heavyweight champion Deontay Wilder in November.

"I know that [the opponent] will always come to win. From the moment that I decided to be a fighter, I also have that on my mind. I'm always going to prepare like it's a world title fight. I'm ready and he will know that on the 7th, when the bell rings," Ortiz told George Ebro.

"I don't think [Flores] is in a position to defeat me, because I have prepared very well. 'What I want most is that there are fighters like [Flores], who think like him [and agree to fight me] and not like the majority who avoid each other. If you have the desire to fight, to be a champion, then you must fight with the best, as it was in the past, but it is difficult to achieve that in modern boxing.

“It has been difficult for me [to get ready for this fight], very difficult. I've had to train a lot at home, run where I can find a space, go to the gym a bit. My coach Germán Caicedo has always been very careful with me and so we have been progressing little by little in this camp.

“This fight is a farewell to the year for me, but in 2021 I hope that new opportunities will come for Luis Ortiz. Whoever says I'm old, that King Kong is finished, I suggest you climb into the ring with me and draw your own conclusions."

[QUOTE=Ray*;20862105]Not hard at all, most of these boxers don’t have a brain or a say in their careers, most of them get money in advance. And sign their lives away. If they turn down 7m for me when am an…

[QUOTE=Silver Spear;20861973]Still hard to believe. Ortiz goes on and on about his daughter and helping her and then goes out and turns down life changing money.[/QUOTE] Not hard at all, most of these boxers don’t have a brain or a…

[COLOR="Navy"]WAR KING KONG!!!! Cats want to call him an old man behind the keyboard and phone but they don't want that smoke irl.[/COLOR] :boxing:

[QUOTE=Ray*;20861852]It’s not hard to believe when his own manager confirmed that they did.[/QUOTE] Still hard to believe. Ortiz goes on and on about his daughter and helping her and then goes out and turns down life changing money.

Ortiz must ask him self why Chisora is getting all big fights available. Ortiz, playing a boogeyman and sh.it is not always a good idea.