The Cuban puncher will be fighting for third time this year.  In March he was stopped by Wilder after nearly having the WBC heavyweight champion out on his feet.  He bounced back from that loss with a 2nd round knockout of Razvan Cojanu in July.

"We are 100% ready. We really haven't stopped training since the last fight and really all year we have been training almost nonstop.  We like this activity level. I could fight five or six times a year. Fighting is what I do," said Ortiz.

"The training has been continuous. The face and the name change but the training stays the same. The game plan changes and we know Travis is a tough physical fighter but we will be ready for what he brings." 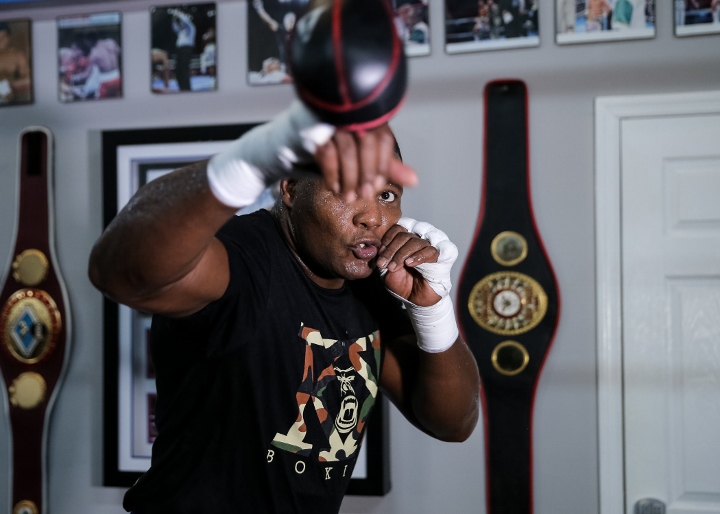 Kauffman has had some harsh words for Ortiz, questioning his wins because of two failed drug tests for performance enhancing drugs. Ortiz said that Kauffman will find out very soon what he is capable of.

"He has been doing a lot of talking saying that I am a cheater but what my advantage is, is my hands and he will see that. 29 others have tried and it didn't work so he will see what I bring on fight night," said Ortiz.

Kauffman could pull an upset. Exposes Ortiz and feed him to the dogs.

Travis will shock the boxing world!!!!

Dude done fûçked up now, when Ortiz catches you with that left it sings fighters lullabies and that right hand is NyQuil!