Luis Ortiz: It's Been A Nightmare Living With Loss To Wilder

LOS ANGELES – The lone loss of Luis Ortiz’s professional boxing career has eaten at him for 20 months.

Getting knocked down three times by Deontay Wilder isn’t the only thing that bothers the proud Cuban contender about his 10th-round, technical-knockout defeat. It’s that he had Wilder hurt in the final 40 seconds of the seventh round and couldn’t complete the job against the unbeaten WBC heavyweight champion.

“It’s been a nightmare,” Ortiz said recently, according to a translator. “And the entire team has been able to put it in perspective, to what it really was and to move forward. I obviously don’t take it as well. It’s a thorn in my side. The difference being, obviously, is that [I] not only [trained] harder, but [trained] smarter. So, if the seventh round appears again, it’s gonna be a smarter seventh round. And [I’ll] definitely show what should’ve happened in the first fight.” 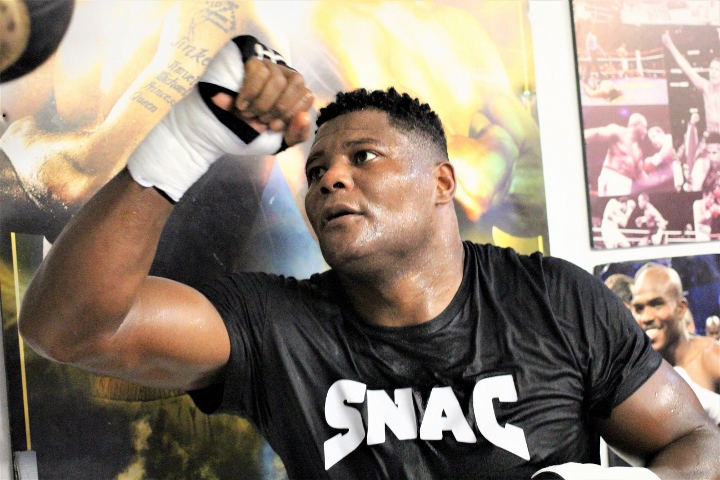 The 40-year-old Ortiz will get an opportunity to redeem himself Saturday night. His second shot at Wilder’s title is the main event of FOX Sports’ four-fight, pay-per-view telecast from MGM Grand Garden Arena in Las Vegas (9 p.m. ET/6 p.m. PT; $74.95 in HD).

“There’s no excuses,” Ortiz said. “It is what it is. The first fight’s over. We’re talking about this fight and I’m gonna get the victory this time. Obviously, things are being done differently. But in the ring, that’s where it’s decided.”

The aged Ortiz realizes that this probably represents his last chance at achieving his lifelong dream of becoming a heavyweight champion.

“My state of mind is very different coming into this second fight,” Ortiz said. “Not that I wasn’t focused in the first fight, but I took the loss to heart. It still hurts. I’m still very upset over it, emotionally. I wanna be world champion. That’s not just a phrase I throw out there to please the [media]. I wanna do this and I wanna become a world champion.”

Doesn't make sense at all

I don't think this will go short as people are thinking but I still expect Wilder to win.

[QUOTE=bluebeam;20198431]:poke: What you mean if they wanted a big fight, they would have gone with a big fight? Ruiz is fighting Joshua Fury is playing wrestling. Ortiz is the biggest and best fight available for wilder. What's bigger?[/QUOTE] The fights…

I don't think Ortiz has the power to KO Wilder. Wilder doesn't look like he takes a good punch, but we've been proven differently over the years, plus he's mentally a pretty tough guy. However, Ortiz could decision Wilder if…