Luis Ortiz: I Have Plans To End Wilder Before The Final Bell

Heavyweight contender Luis Ortiz will be looking to avoid the judges when he faces WBC world champion Deontay Wilder in their rematch.

Ortiz will get the opportunity for revenge on Saturday night at the MGM Grand in Las Vegas.

They first collided back in March of 2018, with Ortiz getting stopped in the tenth round. He managed to hurt Wilder badly in the seventh round, but he was unable to finish the champion off. 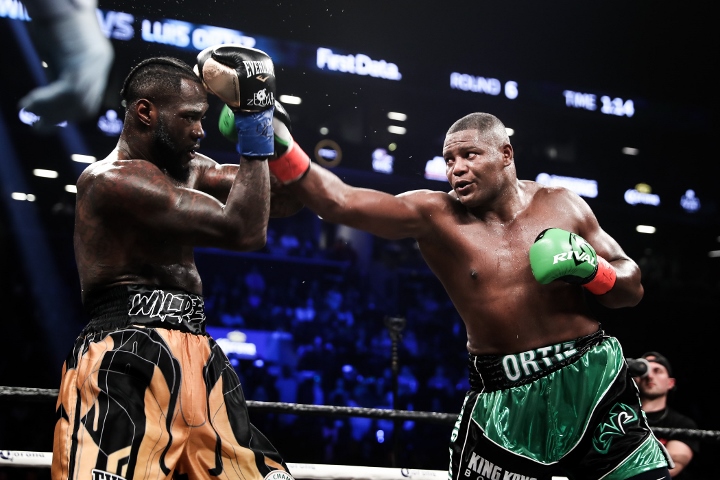 Ortiz has cut down the fat and built up the muscle, as he appears to be in the best shape of his career.

The Cuban puncher trained in Las Vegas for the contest and feels the time is right for a big upset.

Wilder is already tabbed in to have a rematch with Tyson Fury on a date in February in 2020.

"I feel good about this fight. All that intense work finally came to an end and now it's about resting and being in the best shape for the night of the fight. We work smartly during camp. We did things differently with my diet and I think that will allow me to perform at a higher level. My weight is where we wanted it. It's been all very productive," Ortiz told George Ebro.

"As I've always said, Wilder is the best heavyweight of the decade and until someone defeats him, he'll remain number one. We have a different strategy that we will put into practice and that I believe will be the difference on this second occasion. I have plans to finish all of this before the final bell ends, but if I need to go the distance, I'm also ready to reach the end of the fight.''

[QUOTE=REDEEMER;20197980]Wilder lost to Fury who wasn't even at his best ,what are you talking about ? Ha We don't even know how good Ortiz is because his best win was 4 years ago to Jennings coming off a loss in…

[QUOTE=BOMB SQUAD;20200111]What a typical general broad response, "YOU DONT KNOW SHH ABOUT BOXING" okay man. Whatever you say. You need to relax man.[/QUOTE] I am relaxed. Usually, after surviving a ride in a 600hp m2 on low traction roads with…

[QUOTE=BOMB SQUAD;20200108]Lol :haha: I worry about you, you seem so paranoid when I'm literally pulling your leg. Chill bro, chill. I'm white and not even American.[/QUOTE] Of course.

[QUOTE=JSN006;20200109]Lol, insane levels of delusional and DKSAB[/QUOTE] What a typical general broad response, "YOU DONT KNOW SHH ABOUT BOXING" okay man. Whatever you say. You need to relax man.

[QUOTE=BOMB SQUAD;20200107]Fury got so damn lucky, he lost the fight, no doubt. Imagine if the ref wasn't incompetent? He would of waived that knockdown. It was over. Fury probably lost a few years off his life from that. And you…