Luis Nery Suspended Until September 1 By The WBC

I.      BACKGROUND AND FINDINGS

A.     Over the years, the WBC has implemented procedures to facilitate boxer's methodical weight loss and to prevent sudden weight loss and extreme dehydrations on the eve of WBC-governed bouts. Those procedures which include, but are not limited to, monitoring weigh-ins 30- and 7-days before the bout, and having the official weigh-in ceremony the day before the fight, have yielded very positive results.

C.     On August 22, 2017, the Voluntary Anti-Doping Association (VADA) reported to the WBC that Mr. Nery's sample collected on July 27, 2017 in Tijuana, Mexico, yielded adverse analytical findings for the banned substance Zilpaterol (the "Finding"). Zilpaterol is a banned substance, under the WBC Clean Boxing Program in which Mr. Nery is enrolled.

D.    After thoroughly investigating the circumstances that lead to the Findings, including any extenuating circumstances, the WBC issued, among other mandates, the following:

1.     The WBC could not make a determination with sufficient certainty of whether Mr. Nery's Finding was the result of intentional ingestion of a banned
substance to improve performance or consumption of contaminated food products;

2.     The WBC ordered an immediate rematch between Mr. Nery and Shinsuke Yamanaka; and

3.     The WBC ordered Mr. Nery to be subjected to a strict dietary regime supervised by a nutritionist approved by the WBC.

E.     The WBC selected a highly-qualified nutritionist to supervise Mr. Nery's dietarycregime who reported to the WBC that Mr. Nery failed to follow his recommendations.

Instead, Mr. Nery hired his own nutritionist who placed him on a dietary regime comprising the ingestion of high volumes of water. The desired effect was, among others, to control Mr. Nery's weight. Credible scientific literature has reported such regime as being ineffective and potentially dangerous for athletes who practice it.

G.     On February 28, 2018, Mr. Nery missed his first attempt to make weight the day before his rematch with Mr. Yamanaka by 5 pounds. After attempting to lose some of the excess weight within the 2-hour time period provided in the WBC Rules & Regulation and the Local Commission Rules, Mr. Nery weighed 121 pounds, 3 pounds above the Bantamweight Division.

1. Deemed "unacceptable" for a WBC World Bantamweight Champion (118 pounds) to arrive at the official weigh-in 5 pounds over the weight limit;
2. Suspended Mr. Nery indefinitely; and
3. Mandated Mr. Nery to appear at a hearing to allow the WBC to conduct a thorough investigation of the circumstances leading to Mr. Nery's failure
to make the required weight in connection with his rematch against Mr. Yamanaka.

J.      In anticipation of the ordered hearing, the WBC received and analyzed the following reports and comments:

b. Findings of Japan Boxing Commission;

f. Comments from the WBC Board of Governors. 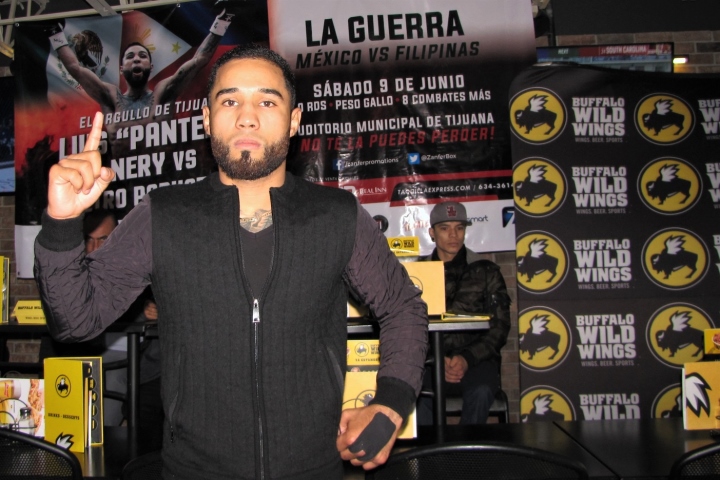 2.     Based on the above reports and comments, the WBC concluded that:

a. Mr. Nery disregarded the advice and guidance of the WBC approved nutritionist, which shows lack of discipline;

b. Mr. Nery adopted and implemented for the first time in his boxing career a new, unproven and potentially dangerous weight loss program which constitutes reckless behavior;

c. Mr. Nery lost his World Title by failing to make weight in his first title defense; and

d. Immediately after knocking out his opponent, Mr. Nery, his corner and other members of his entourage celebrated in a unsportsmanlike manner, in violation of the WBC Code of Ethics and the general rules of fair play.

1. Admitted the nutritional errors he and his camp committed which led to him not making the required weight and being stripped off his title and the acts set forth immediately above and showed great remorse; and

2. Was given the option of going to another organization and being taken off the WBC ratings, which option Mr. Nery did not wish to adopt. Instead, Mr. Nery Confirmed his desire to remain in the WBC ratings, compete for WBC titles and abide by any measures the WBC might want to impose.

II. WBC BOARD OF GOVERNORS' RULING

The present WBC Board of Governors' ruling is based on the facts as known to the WBC at the time of the ruling and on any extenuating circumstances.

A.     In light of his wrongful acts and omissions, as set forth above, Mr. Nery lost the WBC World Title, which, in itself, constitutes a severe penalty

B.     The WBC Board of Governors hereby suspends Mr. Nery from participating in any WBC-sanctioned activities for 6 months from the date he failed to make weight or through September 1, 2018.

C.     Mr. Nery shall undertake a complete Mass Index examination given by a health care provider approved by the WBC to confirm if he is suitable to compete in the Bantamweight division.

D.     The WBC Ratings Committee shall consider Mr. Nery for inclusion in the WBC's ratings for the month immediately following Mr. Nery`s comeback fight, based on his pugilistic merits and record.

E.     The WBC shall select a nutritionist who shall work with Mr. Nery to establish a nutrition program and supervise Mr. Nery's dietary regime at Mr. Nery's own cost for a period of six (6) months from the date of this ruling. Mr. Nery shall strictly follow the WBC-selected nutritionist's indications and recommendations.

F.     The WBC-selected nutritionist shall report to the WBC the monthly status of Mr. Nery's program. If Mr. Nery fails to follow the WBC-selected nutritionist's program and recommendations, the WBC shall: (1) suspend Mr. Nery indefinitely from any WBC activity, pending a subsequent investigation of the circumstances of Mr. Nery's failure; and (2) impose a monetary fine to Mr. Nery in an amount to be determined.

[QUOTE=komandante;18872727]Many Mexican fighters are cheats.:sombrero::fu2::sad6: the reason why JMM quits.[/QUOTE] that would be 4th time world champion & future hall of famer Mr. juan manuel "Dynamita" marquez to you!

[QUOTE=Shadoww702;18873193]Pac aint MexiCAN??? And neither is Mosley and a ton of other boxers like Ortiz and PEDvetkin.[/QUOTE]mexicant mad! :fu2: