Luis Nery: Rodriguez Was Afraid Of Inoue; I'll Knock Him Out Early

The hard-hitting Mexican southpaw intends to join Japanese sensation Naoya Inoue as opponents who’ve knocked out the former IBF bantamweight champion this year. Rodriguez will fight for the first time versus Nery since Inoue stopped the previously unbeaten Puerto Rican in the second round of their World Boxing Super Series semifinal May 19 in Glasgow, Scotland.

The winner of the scheduled 12-round bantamweight bout between Nery (30-0, 24 KOs) and Rodriguez (19-1, 12 KOs) will become the mandatory challenger for France’s Nordine Oubaali (17-0, 12 KOs), who owns the WBC 118-pound championship. The Nery-Rodriguez fight will be broadcast by FOX Sports Pay-Per-View as part of the Deontay Wilder-Luis Ortiz undercard from MGM Grand Garden Arena (9 p.m. ET/6 p.m. PT; $74.95 in HD). 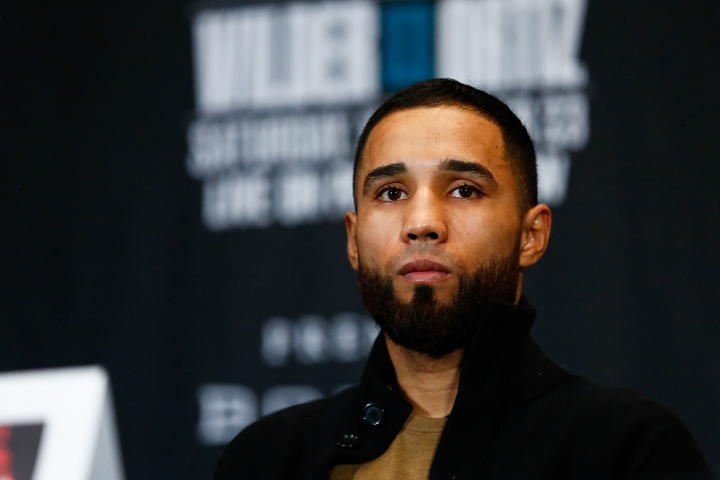 Inoue needed less than five minutes to demolish Rodriguez in their scheduled 12-round fight for Rodriguez’s IBF bantamweight belt six months ago.

A left hook by Inoue sent Rodriguez to the canvas 32 seconds into the second round. Rodriguez reached his feet, but he was dropped twice more – first by a right to the body, then by a left downstairs.

Referee Michael Alexander stopped their title fight 1:19 into the second round.

The 24-year-old Nery was surprised by how poorly the 27-year-old Rodriguez fared against Inoue, who has emerged as one of the best boxers, pound-for-pound, in the sport.

Most Internet handicappers have set Nery as at least a 6-1 favorite over Rodriguez. Nery knocked out the Dominican Republic’s Juan Carlos Payano (21-3, 9 KOs) with a left to the body in the ninth round of Nery’s last fight, July 20 at MGM Grand Garden Arena.

[QUOTE=Fists_of_Fury;20204622]Where are these comments when Top Rank puts on a similar or ****tier show?[/QUOTE] There wasn't any during Gvozdyk vs Beterbiev.

We don't even know if he can make weight, let alone hang with Inoue

[QUOTE=daggum;20202385]worst undercard ever. main event is pretty horrible too. BUY IT![/QUOTE] Where are these comments when Top Rank puts on a similar or ****tier show?

[QUOTE=Velasco97;20203830]And he beat the **** out of shinsuke clean the second fight same fashion. The Mexican will slap around inoue and get hit with bombs like it’s ww 2 all over again.[/QUOTE] Ha, Now how about that? I never realised…

[QUOTE=THC;20204249]Love to see that fight but it looks unlikely. Nery can't fight in Japan and Inoue I think just signed a co-promotion contract with Top Rank. No way Arum is going to put Inoue against a dangerous fighter that quickly.…