The 39-year-old hadn’t fought since a Feb. 24, 2017 knockout loss to Eleider Alvarez at the Videotron Centre in Quebec City.

The Romanian-born fighter made a name for himself in his adopted hometown of Montreal and became a feature attraction at the Bell Centre, fighting there in 21 of his 37 career fights. 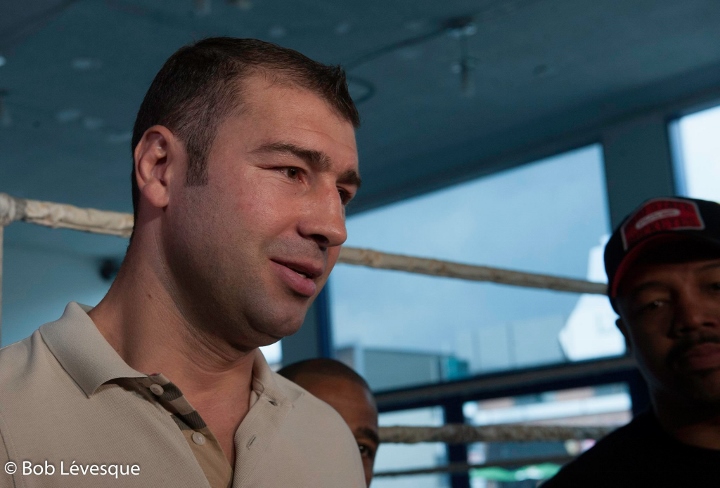 He retires with a 35-5 record, including 27 knockouts.

Bute made his professional debut with a second-round TKO over American Robert Muhammad at the Bell Centre on Nov. 22, 2003. Almost four years later, the arena was the site of his 11th-round knockout of Colombia’s Alejandro Berrio that gave him the IBF super middleweight belt.

After nine title defences, Bute suffered the first loss of his career, a fifth-round knockout at the hands of Britain’s Carl Froch on May 6, 2012 in Nottingham, England.

Bute was not the same fighter after that loss. While he rebounded with a victory over Denis Grachev to win the NABF light-heavyweight title, he lost it in his first defence to fellow Montreal fighter Jean Pascal. The highly anticipated match at the Bell Centre turned into a one-sided affair as Pascal won by unanimous decision.

He lost a unanimous decision to Britain’s James DeGale in November 2015 for the IBF super middleweight belt, then failed to claim the WBC super-middleweight title in a fight with Sweden’s Badou Jack. Originally scored as a majority draw, Bute was later disqualified and given a loss after failing a doping test.

After serving a six-month suspension, he returned to the ring one last time in a loss to Alvarez.

I thought he was gonna take out the whole SMW division. Was super scared for my guy Froch, when they faced off. Thought he was like a Joe Calzaghe, he was waay below that level though.

[QUOTE=doom_specialist;19604541]Well done, and congrats, champ.[/QUOTE] He was a really good boxer of his time. Congrats my guy.

Pretty good boxer but his chin and defense were his weaknesses.