Where Can Lucas Matthysse Really Go at Welterweight?

This Saturday (HBO, 10:30 PM EST), 35-year old Lucas Matthysse continues the road back from his 2015 knockout loss to Viktor Postol. That night didn’t just end up marking the end of Matthysse’s hopes of winning an outright major title at Jr. welterweight.

We know now it marked the end of Matthysse as a Jr. welterweight altogether. When he returned in May after more than a year and a half out of the ring, it was one division higher. Now a full-fledged, and aging, welterweight, Argentina’s Matthysse (38-4, 35 KO) returns to the ring against Thailand’s 25-year old Tewa Kiram (38-0, 28 KO). If boxing fans have learned anything in the last year, don’t sleep on talent from Thailand. Kiram’s resume doesn’t say much but if a real fight breaks out it wouldn’t be a shock.

They’ll compete for a vacant WBA title but don’t get that confused with the WBA’s real title at welterweight. Keith Thurman hasn’t lost or been stripped of his place as the unified “super” champion for that organization. If Matthysse wins, he will be billed as a two-division champion.

It’s won’t really be the case.

It’s hard to believe, given his successes and cult fan following over the years, but Matthysse has never won a major title outright. This weekend wouldn’t change that. Matthysse was the WBC ‘interim’ champion at 140 lbs. before losing to the WBC’s fully recognized champion, Danny Garcia, in 2013. He lost to Postol for the full, then-vacant WBC belt.

The WBA has made some strides in getting rid of their multiple-champions-per-class nonsense (sometimes in the last decade or so allowing as many as three at a time with super, regular, and interim ‘champions’). They’re far from eliminating this eyesore.

The sum of circumstances raises the question of what Matthysse can really hope to get done in the division even with a win over Kiram. As fellow BoxingScene contributor Steve Kim has laid out well, boxing in the US is currently locked into three distinct lanes. Golden Boy, Tom Loeffler, and some others are doing most of their business on HBO. Showtime is in the PBC/Al Haymon business. Top Rank has a great deal with ESPN, which also saves some dates for Golden Boy’s development shows. 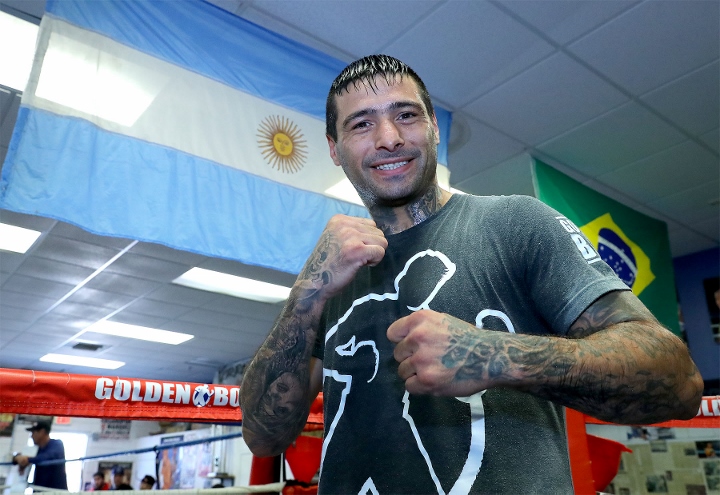 Those distinct lanes matter a lot at welterweight. Thurman and IBF titlist Errol Spence give Showtime inside track on three of the four major welterweight belts. ESPN will air Terence Crawford’s challenge of Jeff Horn for the WBO strap. If Matthysse hopes to capture a whole world title all his own at welterweight, the road to get there might not be easy.

If he looks anywhere near peak form against Kiram, it could be seen proof of a still very dangerous man. While Matthysse’s losses to Garcia and Postol have framed his career perhaps more than his best wins, he wasn’t an easy out for either. He’s not been an easy out for anyone. The titlists at welterweight can make tough fights without going outside their promotional lanes. The other promotional lanes don’t currently have much incentive to open up to a man that could take belts away from their control.

Thurman can take rematches with Porter and/or Garcia, both highly rated by the WBC and WBA. The Crawford-Horn winner is likely to pursue Manny Pacquiao because, well, his name is still Manny Pacquiao even if the fighter in the ring really isn’t anymore. Matthysse is left with little option after a win over Kiram than to bide his time waiting for the WBA to force a showdown with Thurman (or anyone who defeats him), winning the fights he can while aging just a little bit more with every punch taken.

This is part of the real shame of the lanes in the boxing game. A fight like Matthysse-Kiram exposes as much of what isn’t likely to happen as it does what might.

And this isn’t a diatribe making a case for Matthysse to jump the line on any of the other men mentioned. Wins over Emanuel Taylor and Kiram, if he wins this weekend, wouldn’t make him the most attractive or deserving foe for Thurman or any other champion in the class. But there’s something a little wrong when a good fighter without time on his side can keep fighting, keep getting paid, but doesn’t have a clear path to force his way into the real title picture of his class.

Maybe that will be proved wrong. Perhaps a Matthysse win this weekend put him on the doorstep of a crack at a unified titlist and a chance to rewrite the narrative of his falling short in big fights.

In boxing, it’s probably more likely he’ll just pay some fees for a while in a sort of belted purgatory.

He'd be a gatekeeper at this point. I think a fight between him and Pac or Khan would be a good fight to make. He can cash out on either of those fights. He won't win, but he can give…

I would like to see him fight Amir Khan at 147

He can be an opponent for one of the top wws. In fact, if Matthysse beats this guy like he should, he will have a really good chance at facing Thurman for his tune-up, come-back fight. Not any threat of…

On the canvas and retire

Agree. Not only are there too many belts but belt holders don't defend the title as much.