Lubin's Coach: We Beat The Man Who KO'd Rosario, We Want Him Next!

The landscape of the super welterweight division was dramatically changed on Saturday when Dominican upstart Jeison "Banana" Rosario scored a major upset with a 5th round stoppage victory over Julian "J Rock" Williams.  The bout served as a main event that was televised by FOX.  With the victory Rosario captured the WBA, IBF and IBO titles.

One interested observer of the fight was world class trainer Kevin Cunningham who's stable of fighters includes super welterweight contender Erickson "The Hammer" Lubin who has reeled off 4 victories in a row since suffering the only defeat of his career. 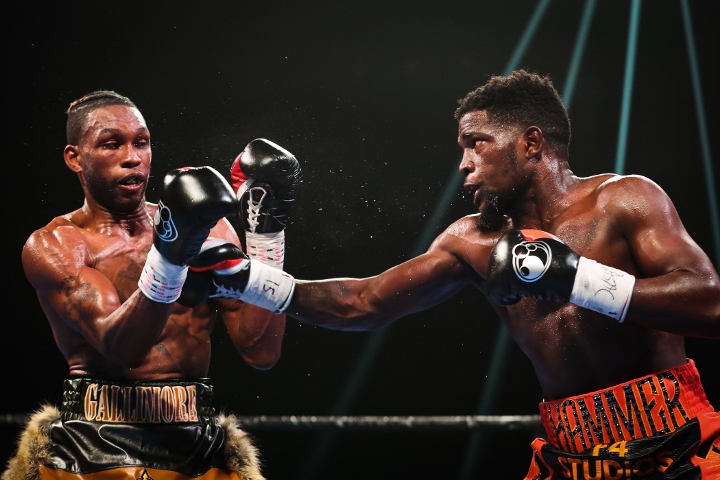 Lubin's most recent victory was a unanimous decision victory in Octobe over Nathaniel Gallimore, who is the only man to have defeated Rosario in the professional ranks.

Williams has a rematch clause that he intends to exercise but if he doesn't enforce for his next fight, Cunningham would like to see his charge face the 24-year-old Rosario next.

"First of all I’d like to congratulate team Rosario on a dominant performance. I also thought referee Benjy Esteves was spot on for a great stoppage. J-Rock was hurt really bad so there was no need to let a big puncher continue to drop bombs on a defenseless fighter," Cunningham told BoxingScene.com.

"J Rock made no excuses. He handled his defeat with class. Hammer would love to fight Rosario next. Hammer just beat the guy that knocked Rosario out."

The 154 division is wide open now. The champions are unable to defend their titles for a long time.

[QUOTE=ShaneMosleySr;20339348]Yes the division was weak seven months ago.[/QUOTE] So when was the division at it's best when Vernon Forrest manhandled Mosley twice?

What the point of that?? Lubin is #2 on the WBC right now why not ask for Charlo since Rosario/Willians are busy with the rematch

[QUOTE=ShaneMosleySr;20339345]None of the fighters are good. Good fights are being made, between fighters who aren’t good. It is competitive, the problem is no ones good. The contenders are as good as the champions. They’re all not very good. Andrade and…

Yes the division was weak seven months ago. [QUOTE=Kannabis Kid;20339254]The previous unified champion had already been knocked out before so what does that say when he was able to outwork and drop Jarrett Hurd who was undefeated was the division…