Their 12-round, 154-pound bout is a WBC elimination match that’ll determine the mandatory challenger for the winner of the upcoming championship unification bout between WBC champ Jermell Charlo and Jeison Rosario, who owns the IBF and WBA titles. Charlo knocked out Lubin with one punch in the first round of their mandated match in October 2017 at Barclays Center in Brooklyn. 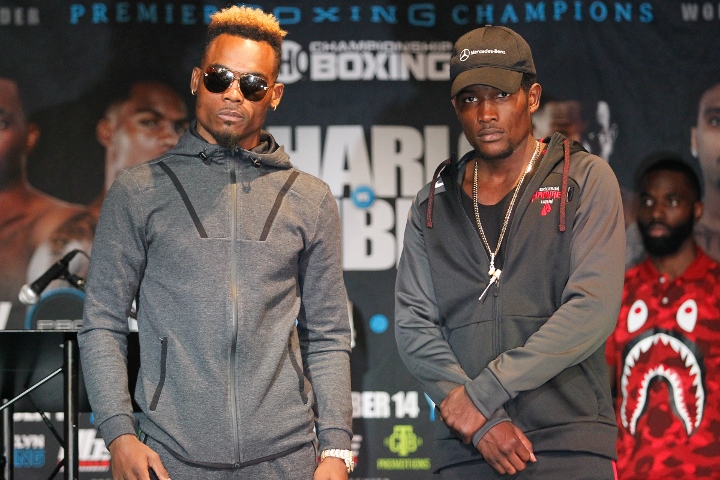 The 24-year-old Lubin would be appreciative no matter who he fights for titles, but he admits he would prefer a second chance to challenge Charlo.

“I’m looking to get some revenge on that if he wins on the 26th,” Lubin said. “If Rosario wins, then I’m looking to take all those titles away from him. But, you know, the bigger fight to make is me and Charlo. So, we’ll see what happens between him and Rosario.”

“He’s definitely hungry, so it won’t be easy on Charlo,” Lubin explained. “Rosario definitely went in there and did look impressive against Julian Williams. But I think Charlo is more athletic. He’s reckless, but not as reckless as Rosario. He has more experience. He’s been in a big fight before like this. So, I feel like those things definitely set him apart from Rosario.”

Rosario upset Williams (27-2-1, 16 KOs, 1 NC), who was a 30-1 favorite, by fifth-round technical knockout to win the IBF, IBO and WBA 154-pound crowns January 18 at Liacouras Center in Philadelphia, Williams’ hometown.

Mongolia’s Tugstsogt Nyambayar (11-1, 9 KOs) and Cobia Breedy (15-0, 5 KOs), of Hyattsville, Maryland, will square off in a 10-round featherweight fight that’ll immediately precede Lubin-Gausha. In the opener of Showtime’s telecast, Jaron Ennis (25-0, 23 KOs), a welterweight from Philadelphia, is set to battle Dominican veteran Juan Carlos Abreu (23-5-1, 21 KOs, 1 NC) in a 10-rounder.

Charlo wasn't reckless when he fought you. He set his punches up and caught you with the second punch of a combo, after, you slipped the first punch....hahahahahaha. he knock your aZzz silly and you STILL won't give him credit…

I agree with the Hammer. Charlo should win, then it's gonna be straight fireworks between Jermell and Erickson. I think it was a young buck mistake Lubin made in their first fight. It outta be a shoot out this time…