The veteran referee deducted three points apiece from Isaac Lowe and Alberto Guevara in an ugly, foul-filled featherweight fight on the Deontay Wilder-Tyson Fury undercard at MGM Grand Garden Arena. By the time it ended, Lowe had done more than enough to convince the judges he had won.

England’s Lowe, one of Fury’s stablemates, won a unanimous decision in their 10-rounder. Adalaide Byrd (96-87), Julie Lederman (96-87) and John McKaie (95-88) each scored the fight for Lowe, who knocked down Guevara in the eighth round. 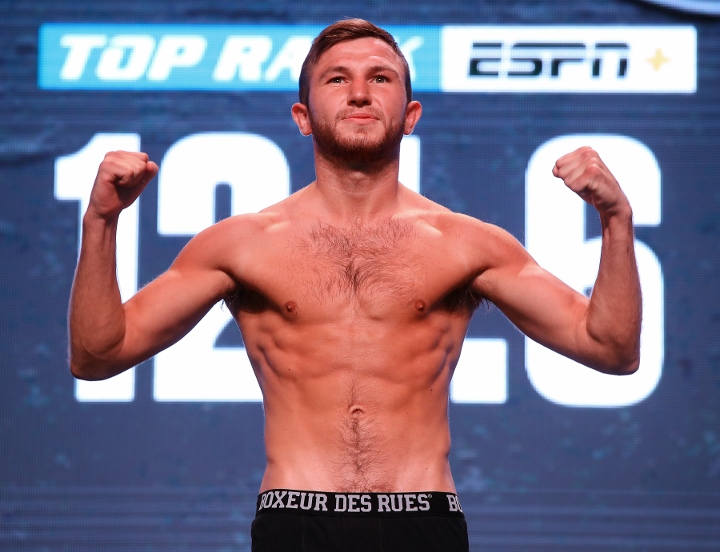 Lowe dropped Guevara with a short, left hand just before the midway mark of the eighth round. Guevara got up and tried to keep his distance from an aggressive Lowe for the remainder of that round.

About 30 seconds later, Drakulich took another point from Lowe for hitting Guevara below the belt. That also was the third point taken from Lowe in the fight.

Guevara caught Lowe with a short right hand late in the fourth round, but Lowe kept pressing forward.

Guevara caught Lowe with a hard, right hand to the top of his head in the third round. Later in the third, Drakulich took a point from Guevara for repeatedly holding Lowe while they were fighting inside.

I missed most of this but it looked like the ref had given up calling fouls by round 8 when I started. Isaac Lowe blow

I kind of liked that. Lowe is a rude boy and Guevara landed solid when he cheated. That was a bar room brawl.