Lou DiBella Fears For Company's Survival as Pandemic Plays Out

Lou DiBella is doing what he can to shore up his promotional company as the Covid-19 pandemic continues to throttle businesses small and large worldwide.

But there are limits to his efforts, and the longer the virus sticks around, the more likely it is that he will have to acknowledge the writing on the wall…that means answering some tough questions about whether it’s worth it for him to stay in business.

“There are businesses that are simply not going to recover from this,” the longtime New York-based promoter told Seconds Out. “But I have to be honest – and what I’m about to say, I don’t want to be saying – but if this thing continues indefinitely, and I can’t do shows and can’t do anything, I’m gonna hit a point at some point that I’ve got to take a good look at things six months or so.

“My expectations aren’t insanely great at the moment.” 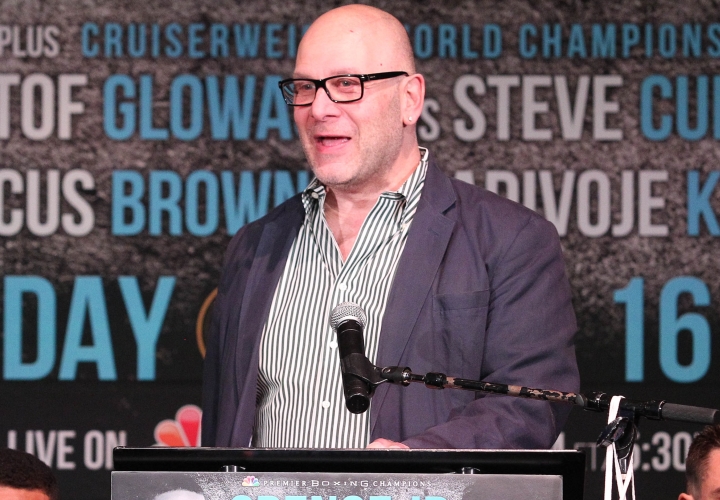 DiBella faces a markedly different situation than a promoter like Top Rank, which, thanks to its hefty network deal with ESPN, has been able to produce live events for the past month, albeit without a crowd and within a highly isolated and regulated environment in Las Vegas. It’s not an ideal situation,  and the fights have been subpar at best, but for Top Rank it allows them to get up and moving. Rivals Golden Boy, Matchroom, and PBC, all of whom have their own significant network deals, are set to do their own shows in the next several weeks. DiBella, who promotes, among others, Regis Prograis, Tevin Farmer, Ivan Baranchyk, and Richard Commey, doesn’t have that same luxury, so he finds himself sitting on his hands. At the same time, he is not convinced that televised boxing has all the answers, particularly in light of all the flurry of fight cancellations that have disrupted Top Rank’s scheduled shows.

“Golden Boy has a fight scheduled in California,” DiBella, 60, said. “And Eddie [Hearn] has a fight scheduled in Tulsa, right? But they’re like one-offs. Top Rank has sort of been doing this in a bubble in one place with regularity and they’re still having all these problems. I’m wondering will these one-offs work. I don’t know. I hope. I hope everyone is able to run successfully without complications…I don’t know, man. I sound like a broken record, I know.”

The survival of his company isn’t the only thing on DiBella’s mind. His friend and colleague, the boxing promoter Leon Margules and his wife both have Covid-19. They are resting at home, not in a hospital, added DiBella.

All in all, it’s a rough world out there with no easy solutions in sight.

“Right now I have nothing to do,” DiBella said. “I have two baseball teams closed down for the season, and I can’t promote a show. My employees are on part-time or furloughed. It’s a rough time. We’re just trying to get through it the best we can, that’s all we can do and hope that we get our world rolling again."

[QUOTE=DaBeastO;20667493]lol what's with the arum hate the man is putting on boxing when nobody is! you should be grateful! and what does howard stern have to do with boxing???[/QUOTE] The shows are s**t. Stern and Arum are both "chosen people".

[QUOTE=Cigar;20665494]The Top Rank shows are such a joke. How in the world does ESPN justify that Arum contract when he's been producing s**t. And don't forget, it was only slightly better before Covid. It reminds me of the insane contracts…

[QUOTE=Dramacyde;20665791]Lou really ****ed up when he went behind Al's back to negotiate a deal for Wilder with DAZN, Al dropped him from promoting PBC shows & his business took a real hit. That was the beginning of the end.[/QUOTE] I’m…

Lou really ****ed up when he went behind Al's back to negotiate a deal for Wilder with DAZN, Al dropped him from promoting PBC shows & his business took a real hit. That was the beginning of the end.

[QUOTE=Larry_Rushmore;20665572][MENTION=167098]jaded[/MENTION] [MENTION=160825]LoadedWraps[/MENTION] [MENTION=93074]BostonGuy[/MENTION] this is [MENTION=140092]LDBC Slayer[/MENTION] he made an alt while banned on the same date he was reported to keep making racist posts..[/QUOTE] Looking into it. Keeping doing the good work and reporting these closet racists. :boxing: