Lomachenko: Lopez Talks Too Much - If You Insult Me, Prepare For Pain

Vasiliy Lomachenko has so far conceded the bout in regard to the back-and-forth banter required to promote his fight against Teofimo Lopez Jr.

Ahead of their lightweight unification match Oct. 17 from the MGM Grand Conference Center in Las Vegas on ESPN, Lopez Jr. (15-0, 12 KOs) has been the one who’s laid a verbal lashing on Lomachenko (14-1, 10 KOs).

The soft-spoken Ukrainian has never been one for promotional fanfare, largely due to his limited English, and he is sticking to the same script for the fight against Lopez Jr. 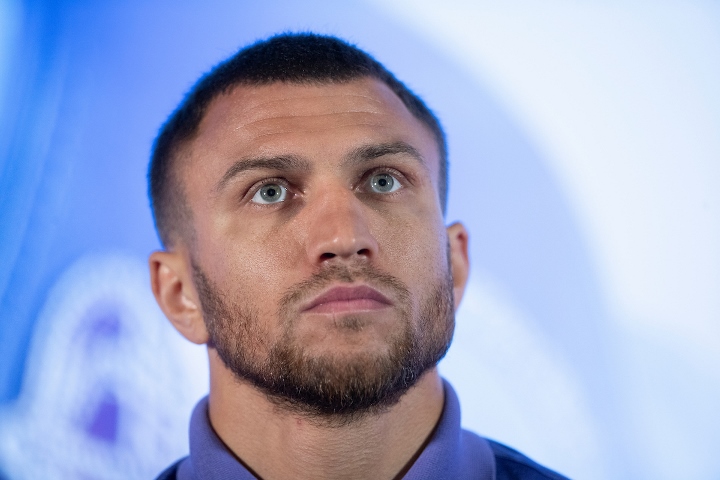 In recent weeks, the Brooklyn-based Honduran has said he’s looking through Lomachenko, and that his rival on his way out. He’s claimed that Lomachenko can’t fight backward, and that he will further prove that by pushing him with pressure during the fight. He also went on ESPN’s “First Take” and called for the KO, and said he’s going to damage the 32-year-old.

The WBO, WBA and WBC lightweight franchise champion Lomachenko finally offered his version of a rebuttal on an episode of “Blood, Sweat, and Tears,” shoulder programming designed to further amplify the fight.

“In my country, if you insult somebody, you’d better be prepared for them to hurt you. If we were in my country, he’d learn pretty quick he can’t run his mouth,” said Lomachenko. “If I get a chance to cause him pain, I’m going to do it.”

In a separate segment with Max Kellerman on ESPN’s “Max on Boxing,” the two-time Olympic gold medalist and three-division champion Lomachenko continued offering his thoughts on the 135-pound IBF champion.

“Now he is a world champion, and now he talks too much,” said Lomachenko.“Of course, he deserves this fight. He [does this for] all of these fights. I mean, his trash talk.”

Lomanchenko has for years been considered a pound-for-pound great.

Lopez Jr. is trying to knock him off that pedestal.

In the meantime, he’s leveraging the newly found position and platform to bring along as many new supporters as he can with some promotional fodder fit for the headlines.

[QUOTE=Boxing Goat;20789996]You're coming off as a chicken buddy but I will go for that Put that in your signature and I will as well[/QUOTE] Guess no one wins

[QUOTE=Boxingfanatic75;20788154]Lopez has succeeded on what he wanted to do and that was win the psychological warfare battle. He’s gotten Loma to do what he never does and that’s reply to trash talking. López is in his head.[/QUOTE] So what now?