Undefeated super lightweight Logan “The Korican Kid” Yoon has recovered from a knee injury and is looking to restart the meteoric rise he had last year, when the 20-year-old held the WBO-NABO Youth Super Lightweight Championship as the WBO #13-rated world contender.

Yoon (15-0, 12 KOs), of Honolulu, Hawaii, will face Denver, Colo.’s, Robert Frankel (37-20-1, 8 KOs) in eight rounds this Friday, May 10, in one of the chief supporting bouts of the fifth installment of the popular Rumble at the Rock series “Night of the Undefeated” at Hard Rock Event Center at Seminole Hard Rock Hotel & Casino in Hollywood, Fla. The event is presented by Kris Lawrence and The Heavyweight Factory.

In the 10-round main event, streaking undefeated, WBA No. 7-rated featherweight contender Hairon “El Maja” Socarras (21-0-3, 13 KOs) of Miami via Marianao, Cuba, will be looking for his second victory this year by taking on Florida via Monteria, Colombia’s Jesus Martinez (25-7, 12 KOs). 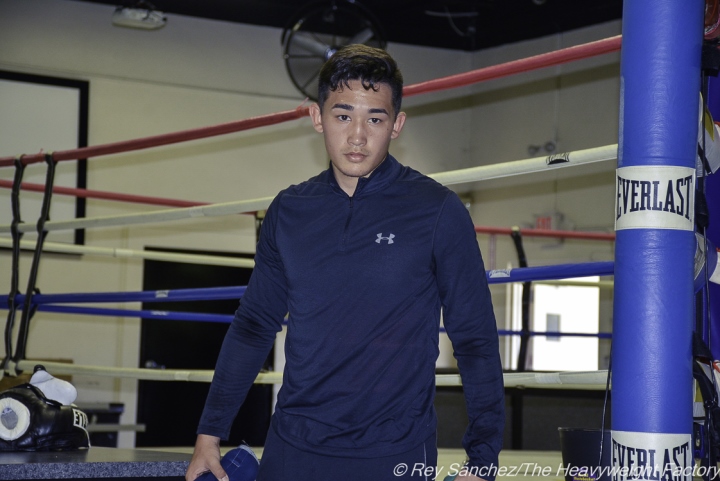 At the time of his injury in January, Yoon was training for his first nationally televised showcase against Richard Zamora on ShoBox: The New Generation.

“It was a bit of a downer because it was such a good opportunity,” said Yoon of the missed TV date. “But I know if I keep working hard, I’ll have another opportunity. During my recovery, I’ve kept my head up, and I’m ready to get back to it.”

The confident Yoon says he’s not expecting to work all eight rounds against Frankel.

“He’s an older fighter,” said Yoon. “He’s got some experience, but nothing about him really sticks out to me. He’s just another opponent. I will stop him within five rounds, no doubt. I give him respect, but I’ll go in there and do what I have to do. I can’t see any other outcome than me knocking him out.

Yoon was forced to relinquish his WBO-NABO Youth Super Lightweight Championship for missing weight last year but says the experience has taught him a valuable lesson.

“I was cheating on my diet and it cost me,” Yoon admitted. “It was my mistake for not being disciplined. I have no problem making the weight, and I’m totally on track for this one. Training was awesome. It’s been nothing but positive going in, and I feel stronger than I was the last couple fights because I don’t have to lose a lot of weight in such short time.”

In the night’s co-main event, Miami via Havana’s undefeated Livan “Machine Gun Kid” Navarro (10-0, 7 KOs) will step up to face long-time gatekeeper Breidis Prescott (31-16, 22 KOs) of Miami via Barranquilla, Colombia in a welterweight 10-rounder. Navarro has scored KOs in seven of his last eight fights.