Loeffler Will Speak To Golovkin About Charlo Fight

As BoxingScene.com previously reported, the World Boxing Council will allow their middleweight champion, Saul "Canelo" Alvarez, to make a voluntary defense of the title.

Canelo will have to fight the Charlo vs. Golovkin winner. 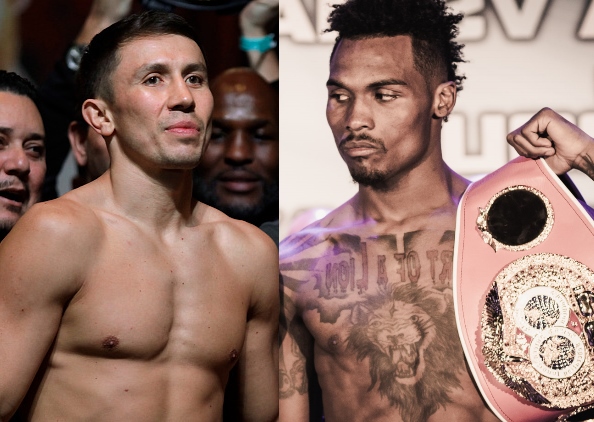 Charlo and Golovkin were both pushing for direct fights with Canelo, who wanted a voluntary defense - and WBC President Mauricio Sulaiman saw this scenario as the best solution for everyone.

"We have the requests of GGG and the interim champion to face the champion. I spoke with Oscar De La Hoya (promoter of Canelo) and his request is to allow Canelo to make a voluntary defense," said Sulaiman to ESPN Deportes.

"I would like to ask the governing board to order Charlo and Golovkin to fight, Canelo will make a voluntary and then go with the winner of Golovkin and Charlo."

Last month at T-Mobile Arena in Las Vegas, Canelo captured the WBC, WBA middleweight crowns with a twelve round majority decision over Golovkin.

Tom Loeffler, promoter for Golovkin, indicates that his boxer wanted a direct rematch with Canelo.

Golovkin feels strongly that he beat Canelo in September 2017, when they fought to a controversial twelve round split draw. And he also believes that he did enough to win in their exciting rematch.

He will meet with Golovkin shortly to discuss the new developments, with facing Charlo to earn a Canelo trilogy.

"Gennady wanted the direct fight with Canelo, we feel that the third fight will be even better than the other two," said Loeffler. "We believe that what happened outside the ring (with the judges' cards) does not correspond with what happened inside, but let's talk about it. Gennady is resting with his family but we will see him."

[QUOTE=TonyGe;19233736]No I don't want Golovkin to be a fraud like Ward..[/QUOTE] Ward over-achieved..... Golovkin promised you the world, but he gave you nothing..... [B][SIZE="3"]fraud[/SIZE][/B] /frɔːd/Submit noun [B][SIZE="3"]a person or thing intended to deceive others, typically by unjustifiably claiming or being…

[QUOTE=aboutfkntime;19233453]he needs to stop ducking, and fight someone with a pulse someone not named Canelo, he has had enough free handouts just in the last 12 months..... Hypekin could have taken fights with Saunders, Derevyanchenko, and Charlo..... but he passed…