Loeffler: To Me Golovkin is Undefeated, Best at 160, Beat Canelo

Former unified middleweight champion Gennady Golovkin is getting back on the horse on June 8th, when he faces big underdog Steve Rolls at Madison Square Garden in New York City.

Golovkin is coming off the first loss of his pro career, when he lost a close twelve round majority decision to Canelo Alvarez last September in Las Vegas.

The two fighters fought to a controversial twelve round split draw in September of 2017. 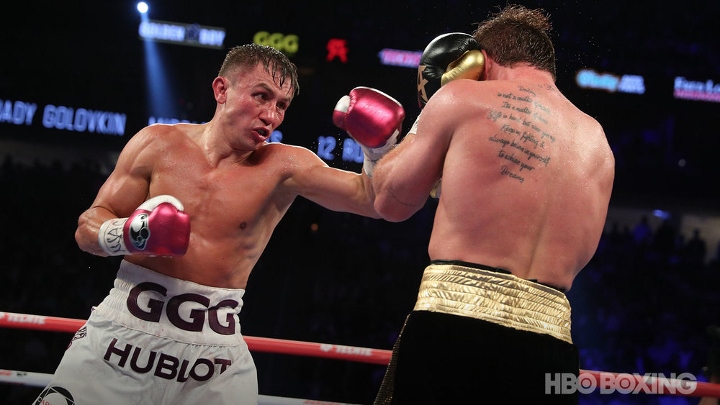 Promoter Tom Loeffler of GGG Promotions feels confident that his boxer not only won the first fight, but also won the second fight.

In his view, Golovkin (38-1-1, 34 KOs) is still an undefeated fighter - and he expects a third fight to happen in the near future - if Golovkin beats Rolls and Canelo defeats Daniel Jacobs on May 4th.

“I know there’re a lot of opinions on who won the two fights with Canelo – we certainly have our opinion, and that he’s still undefeated and still should be considered the best middleweight in the world, but we consider him the people’s champion. This is really the return of the people’s champion," Loeffler said.

“GGG has sold out MSG twice, The Forum twice. He sold out T-Mobile Arena twice. And he sold out The O2 Arena. He is truly a global ambassador for the sport. In my mind, he is still best middleweight in the world.

“No matter which day that Gennady Golovkin and Canelo Alvarez fight again, it will be a Mexican holiday. Regardless of the date on the calendar.”

Golovkin is also confident that a third contest will take place. In order to secure the trilogy, he signed a six fight agreement with streaming service DAZN, who also have Canelo under an eleven fight contract.

[QUOTE=TonyGe;19689426]No I get a hard time because you can't read. I said flat out in that post I know nothing about Rolls and now several days or a week later you're having a Shelock moment. I did say Rolls is…

[QUOTE=aboutfkntime;19689175]ahahaha :lol1::lol1: you flatly insisted..... that Steve Rolls is a much better fighter than Rocky Fielding, and would beat him head-to-head you also admitted that you never seen him fight, and never watched him on youtube now it turns out…

[QUOTE=TonyGe;19688859]Great post.........[/QUOTE] it was a ridiculous post..... and you have had a picture painted for you on more than one occasion explaining exactly why Golovkin did not work the body in either of those fights, nor with Jacobs so why…

[QUOTE=Eff Pandas;19688701]Yea f#cking hell man [B][SIZE="3"]GGG is driving me crazy with not going to Canelo's body. Thats a classic tactic to use on a guy with stamina issues. Abel is a stupid genius I think. Guy is obviously a really…