Loeffler: I Wish Charlo Well, With a Guy GGG KO'd 3 Years Ago! 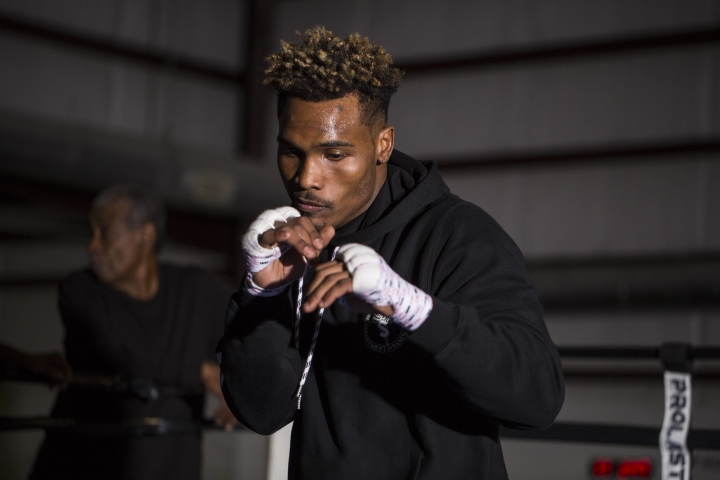 Alvarez has signed a $365 million multi-fight deal with the streaming service DAZN and will pursue a third crown in as many divisions on December 15 against 168-pound Rocky Fielding, but retains his middleweight championships.

Charlo will become a mandatory for a WBC title eliminator against Golovkin should he defeat Monroe, who was floored three times during a sixth-round stoppage loss to Golovkin in May 2015.

A network free agent, Golovkin is considering his options, none of which include Charlo, according to Loeffler.

“We wish Charlo well in his fight scheduled against a tricky guy [Monroe] that GGG beat three years ago in the sixth round…We’re just working on the best deal for GGG right now,” said Loeffler in a text message to BoxingScene.com.

“He just returned from Kazakhstan where he spent time with his family. He is a national hero there and they all believe he should still be champion…His popularity is higher now than ever before and the fans are looking forward to seeing him back in the ring.”

[QUOTE=j0zef;19249331]Make no mistake about it - Jermall doesn't want this fight either. He hasn't said a word since it was announced. He's mandatory to Canelo, which is a less dangerous fight with 3x the purse and 2 belts on the…

[QUOTE=j.razor;19249341]Jacobs has the chance to fight Jermall. Let's see if he goes to dazn to go the opposite direction from Jermall. That will tell you all you need to know....[/QUOTE]Good point, if he goes straight to DAZN, we know it…

[QUOTE=j.razor;19249071]I don't believe that. I'll pay for that fight! [B]Jermall vs golovkin![/B][/QUOTE] dont get me wrong I like charlo but triple GGG probably made 20 mill or more for fighting canelo Jermall isn't bringing that to the table...so I think…

Ggg going to 168 after all that fluff about being unified at 160/only fighting at 160 would just prove he ducked ward.