Lobov: I Want To Hurt Malignaggi Extra Hard - For Everyone!

The tension for the fight has been red hot.

Malignaggi slapped Lobov in the face at one media event, and then spit in his face in a more recent media function. 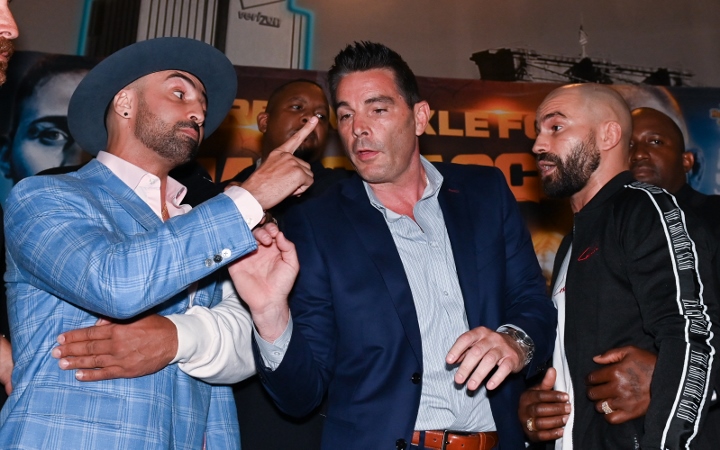 In a recent interview, Malignaggi even stated that he would have spit in the face of Lobov's mother.

And for that, Lobov has promised to do a lot of damage on Malignaggi in the fight.

[QUOTE=CaptainWalrus;19843601]Will Paulie be elusive and 'chip away' at Lobov's face, or does Lobov 'dirty box' and rough him up?[/QUOTE] dirty boxing all the way. paulie will try to be slick by ducking and dodging but that wont last long.

1) I will not root for Malignaggi despite me being 100x more pro-boxing than MMA. He has disgraced boxing, sporting, and humanity itself. And has been long before this. 2) If this whole thing isn't just a WWE scam to…

[QUOTE=Scopedog;19843608]Honestly yeah, I’m rooting for him to do just that. Paulie’s behaviour has been pathetic- it’s like he’s trying to work from the trash talk playbooks of Duran and Mayorga, only those two were hard men who fought toe to…

Boxing fans support Paulie in that fight, MMA reject Lobov hopefully will be the one hurt extra hard.

Paulie would have to be super shot to lose this. Artem is tough but has no skill at all. I fully expect Paulie to light him up especially as it is just 10 minutes and he knows Conor will probably…