Lipinets Rips Indongo, Says IBF Title Was 'Stolen' From Him

Sergey Lipinets isn’t nearly as impressed with Terence Crawford’s demolition of Julius Indongo as most people who witnessed it.

Lipinets immediately took to Twitter to dog Indongo following Crawford’s third-round knockout victory Saturday night in Lincoln, Nebraska. Crawford dropped Indongo in the second round and finished off the previously unbeaten Namibian southpaw with a paralyzing, perfect left land to the right side of Indongo’s body in the third round.

The undefeated Crawford’s finishing blow left Indongo flat on his back, unable to get up as referee Jack Reiss counted him out in a bout ESPN televised from Pinnacle Bank Arena. Crawford’s impressive, quick victory left Lipinets livid, unable to process how the IBF granted Indongo an exception to fight Crawford. 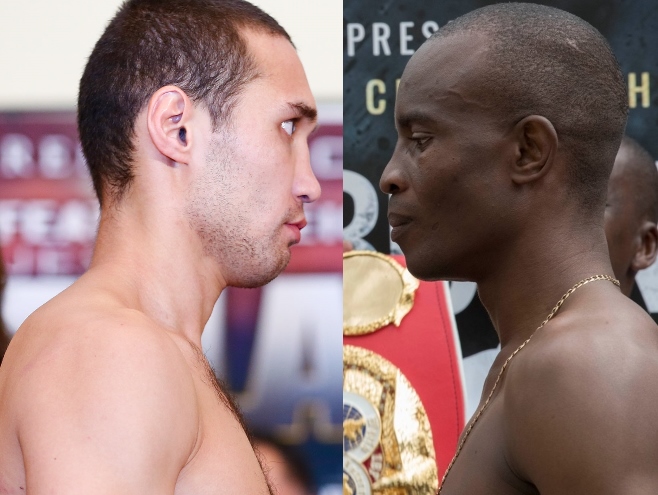 The unbeaten Lipinets and his handlers protested the IBF’s decision to allow Indongo (22-1, 11 KOs) to go forward with a rare full title unification fight against Crawford (32-0, 23 KOs) because Lipinets is the mandatory challenger for the IBF’s 140-pound championship.

In his Twitter post Saturday night, Kazakhstan’s Lipinets disparaged Indongo by stating: Disgusting, it was an amateur against pro. Don’t even know he got to be champ. @IBFUSBAboxing [title] was stolen from me I want it back

When asked before he defeated Indongo if he would make a mandatory defense against Lipinets (12-0, 10 KOs), Crawford was noncommittal.

“Well, that’s my manager and my promoters’ and my coach’s job,” Crawford replied during a recent reddit.com question-and-answer session with fans. “As a fighter, I’m willing to fight anyone, so that’s gonna be up to them if I go up in weight or stay at 140 or move up.”

Crawford will have to give up the IBF 140-pound title if he doesn’t fight Lipinets next. The Omaha, Nebraska, native also owns the WBA, WBC and WBO titles.

The 29-year-old Crawford added, though, that he could continue to comfortably make the super lightweight limit of 140 pounds.

“I make weight fairly decent,” Crawford said. “I don’t have any problems making weight, so making 140 will not be an issue.”

[QUOTE=hitking;17964825]I have no desire to see Crawford fight anyone at jr welterweight not named Mikey Garcia. If it ain't Mikey, move up.[/QUOTE] Mikey Garcia, who is a really good fighter, has no business being in the same ring as Terence…

Lipinets is a monster! If Crawford stays at 140, I'd love to see this fight next. Lipinets and Prograis are real punchers with skill, either one of those guys would be a great test for Crawford.

If Crawford moves from 140,that division will be full of bums.

Relax dude you can fight some bum for the vacant belt soon when Crawford moves up to 147.