Liam Taylor avenged his only defeat to secure his latest win.

The Middleton man is now a step closer to fighting for the British title after outpointing Tyrone Nurse in a split-decision victory.

Taylor, who lost to the Huddersfield man in Leeds back in April 2015, got the win at the Victoria Warehouse in Manchester. 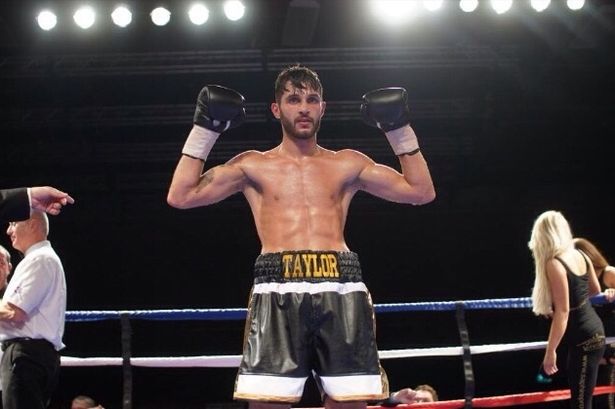 Nurse, the 28-year-old who came into the fight in the wake of his defeat to Jack Brubaker back in May in Australia, was cut by the left eye in the fight, which was screened exclusively live on VIP Boxing TV, in an official eliminator for the British welterweight title currently held by Johnny Garton.

And despite showing glimpses of his backfoot boxing ability, the former British champion at super-lightweight was outdone by his former foe in a fight that you wouldn’t say no to seeing a third time around.

The Stretford man, who has a glittering amateur background, was utterly dominant against the Lithuanian, nearly stopping him on numerous occasions.

But to the credit of the visitor, the fight went the distance and ‘The Sting Rea’ advanced to 2-0 after a verdict of 40-36 was handed in by ringside referee Phil Edwards.

Adam Farrell made a successful start to his professional campaign, scoring a 40-36 points victory over Christian Hoskin Gomez, while Luke Evans moved to 9-0 with a six-round win over Lee Gunter and Kane Gardner stopped Chris Adaway in the fifth of six stanzas.

And Muhammad Ali outpointed Danny Little to secure his second professional win, with Joe Eko warming up for a fight against Adam Ridge on December 16 at the same venue with a shutout over Dean Jones.