Liam Smith is very confident in his ability to beat fellow former world champion Kell Brook, and would quickly accept a potential fight offer to face his rival.

The first bout of that deal takes place on March 30th, when Smith faces Sam Eggington at M&S Bank Arena. 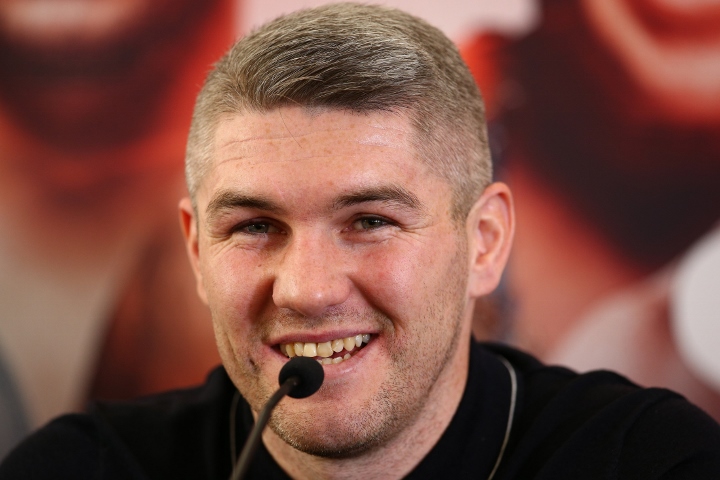 Smith is very familiar with Brook and sparred with him in the past.

"I'm massively confident in that," Smith told Sky Sports. "We've done bits of sparring. Very, very good sparring. He's a top quality fighter, I'll never say otherwise. I'm not going to slag him and disrespect him that way. He's a world class fighter. He has been for a number of years. I just feel I'm an established 154[lbs] now, and he's coming up, he's big enough, but I feel I'm bigger and stronger again.

"I just feel I've got the beating of him. He might say the same thing, but I think that's what intrigues you about that fight. I'm sure if you put a poll out on that fight, you'd get good numbers. It's a fight I'd like. Nothing bad against Kell. It's a fight I'd like because he's a massive name. It's a massive fight. They're the fights I want to be involved in. They're the fights I signed with Eddie and Matchroom for."

Brook is potentially on pace to a showdown with former two division champion Jessie Vargas in the coming months.

If both champion are victorious in their upcoming fights, Smith has no problem with facing Brook at some point in the year.

"Kell has lost the fight with [Amir] Khan for the time being. Kell is going to want a big name, a fight he can get up for. I'm sure I'm in that category. He might want bigger names, Jessie Vargas and stuff like that, but I'm here if he wants it, and if Eddie wants it. We'll accept that in a heartbeat. All being said, it goes well against Sam Eggington, I want to push on in 2019, and if Kell Brook is on that path, then so be it."

[QUOTE=Lefty0616;19505473]Kell Brook took 2 bad fights in a row in GGG and Spence. He doesn't need any mismatches for a minute. He should only fight folks his size for the time being. Liam Smith needs to kick rocks. He's trying…

Kell needs to fight someone with a real name if he wants the Khan fight to happen.

Kell Brook took 2 bad fights in a row in GGG and Spence. He doesn't need any mismatches for a minute. He should only fight folks his size for the time being. Liam Smith needs to kick rocks. He's trying…