Liam Smith: Brook's Not Ducking Me, But He's Scared Of Losing To Me

Liam Smith doesn’t think Kell Brook is afraid to fight him from a physical standpoint.

The former WBO junior middleweight champ suspects Brook is more fearful of how a potential loss to Smith would damage his legacy. Brook has lost only to IBF middleweight champion Gennadiy Golovkin and unbeaten IBF/WBC welterweight champ Errol Spence Jr., who knocked out Brook in back-to-back bouts in September 2016 and May 2017.

Smith likened Brook’s reluctance to fight him to Amir Khan’s trepidation about boxing Brook (39-2, 27 KOs) in what would be a lucrative domestic showdown in the United Kingdom.

“I get people saying, ‘Oh, he’s ducking you,’ ” Smith said to promoter Eddie Hearn as part of an Instagram Live interview Friday. “He’s not ducking me and he’s not scared of me. He has fought Golovkin. But I do feel he’s scared of losing to me. He’s a bigger name than me domestically. He’s probably a bigger name than me over in the States. But he’s scared to lose to me because it probably ruins what his achievements have done. 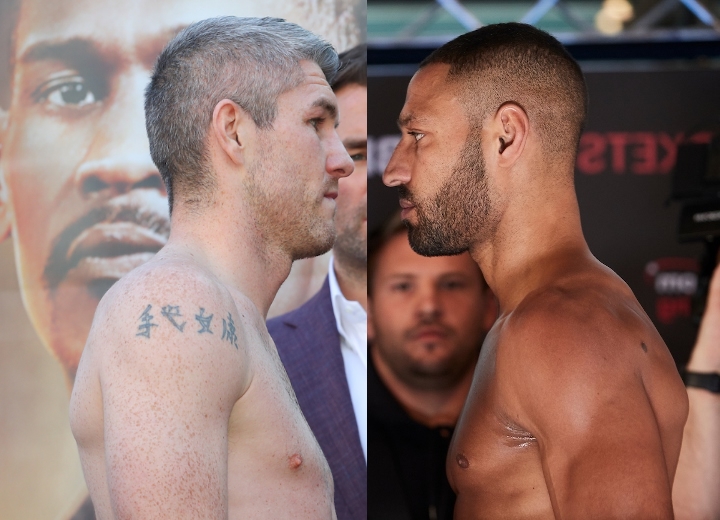 Smith is ranked number two among the WBO’s 154-pound contenders. He likely will find himself in position to fight the winner of the Patrick Teixeira-Brian Castano fight.

Brazil’s Teixeira (31-1, 22 KOs) was supposed to make the first defense of his WBO junior middleweight championship against Argentina’s Castano (16-0-1, 12 KOs), Teixeira’s mandatory challenger, on April 25 in Indio, California. That fight was postponed indefinitely due to the COVID-19 pandemic.

Name calling aside, Smith is technically sound and whole, just not Canelo tough. Brook is giving up too many advantages here.

I think smith is being rather kind to himself here. He could at least of continued the statement, I think brook is scared of getting beat by me as it tarnishes his legacy, with, and beating me does nothing to…

Mental that Brook and Khan still try and fight anybody else. At this point they are both Virgil from old school WWF. He was Million Dollar Mans butler but his whole gimmick was building up to the time he finally…