Englishman Liam Smith stamped his passport as a professional pugilist for the first time in Mexico on Saturday night having lost twice in his career to the Latino likes of Canelo Alvarez and Jaime Munguia.

He faced the battle-tested Mario Alberto Lozano of Chihuahua, Mexico hoping history did not repeat itself for a third time. It didn’t.

The grey-haired Smith (28-2-1, 16 KOs), who debuted as a middleweight, looked sharp throughout as he pressed forward and picked apart Lozano with measured punches in a competitive scrap that ended in a seventh round TKO.

Smith used his one-inch height advantage and three-inch reach advantage in the middle of the ring throughout the night and outmuscled Lozano. 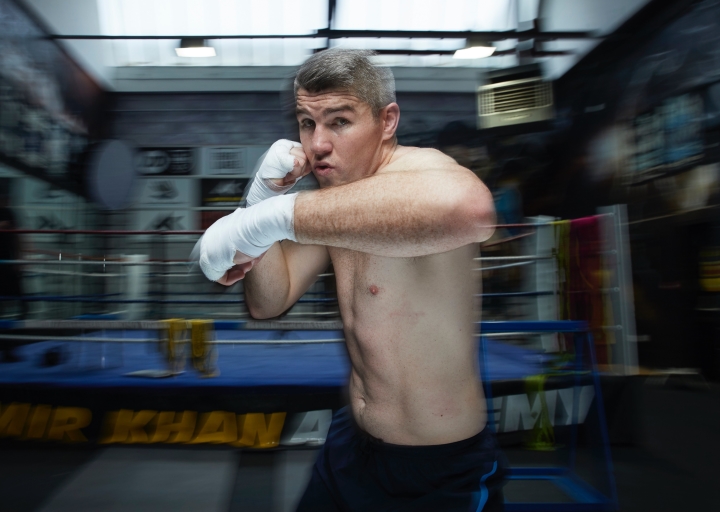 He got going in round three, slipping and dodging Lozano’s attack against the ropes and countered his way to a winning round. Lozano (33-10, 24 KOs), 32, was back peddling for most of the fight as Smith tucked in his chin and successfully charged with a sharp jab.

In the last minute of the fourth round, both fighters got the crowd going by giving and receiving power punches. But it was another round for Smith, 31, who was a WBO super welterweight titlist when he suffered a knockout loss to Alvarez in 2016.

In the fifth round, straight and looping right hands from Smith, with uppercuts to boot for good measure, stymied Lozano in the corner of the ring.

Chants of “Mexico!” momentarily helped rally Lozano in the sixth round, but Smith quickly stopped the momentum with a punch to the temple that resulted in a knockdown.

Lozano walked back to his corner with bad body language, and for a quick moment, it appeared he didn’t want to continue.

“Beefy” Smith stormed from his corner in round seven looking like a man determined to stop Lozano for the first time in his career, and he accomplished just that when he scored the TKO win.

The 10-round fight was featured on the undercard for the main event between WBC junior bantamweight champion Juan Francisco Estrada, who was taking on Dewayne Beamon at the Centro de Usos Multiples arena in Hermosillo, Mexico. It aired as part of Matchroom Boxing’s showcase on DAZN and Sky Sports.

[QUOTE=GlassJoey;20011900]I think you can add Liam Williams to that too. His two losses to smith make seem to confuse the bookies[/QUOTE] Both Liam’s are solid fights to tell if your fighter can move up to the elite. If you can…

congratulation to Beefy...the only Englishman with Mexican style.