Liam Conroy says the uncertainty around the world over the past year has made him fall in love with fighting even more ahead of Wednesday’s Golden Contract light heavyweight semi-final with Serge Michel. 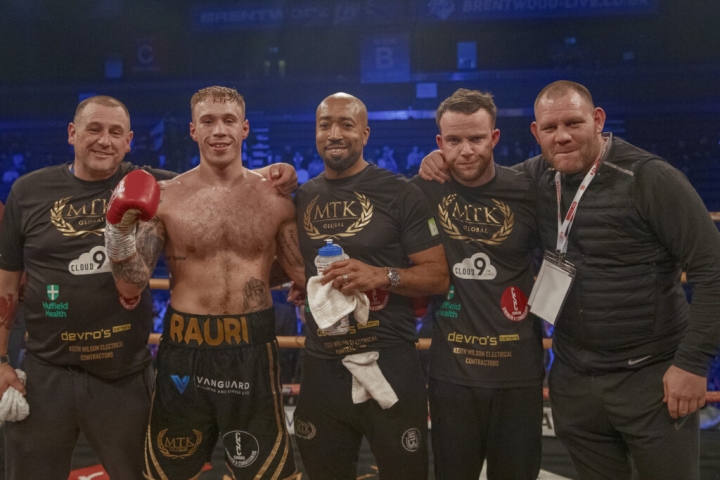 Members of Conroy’s family have been on the frontline working for the NHS over the past few months, and the Barrow-In-Furness man has opened up on how it has made him even more determined to succeed.

Conroy said: “While the gyms were closed I got to spend a lot more time at home with the Mrs and my little lad Rauri so I was quite grateful for the break.

“Entertaining a two-year-old did start to get hard as things were closed and we couldn’t see much of the family. Both of Rauri’s nan’s were working on the frontline for the NHS and he’s close to them both and they usually help us out with keeping him entertained so it got hard without them.

“They were out doing a great job with the rest of the NHS and luckily we are now getting to see much more of the family. It did get to the point where it felt like it was going to go on forever and I never knew when we would be boxing again but I’m glad I stayed so focused and we are finally here.

“We are so fortunate to be on. During lockdown it made me realise just how much I love fighting. I’m so grateful have the opportunity to do it at a really high level on TV and I’m relishing the challenge.

“I can’t wait for my semi-final, and then in the other semi-final I think Hosea Burton should come through that one. I’ll be watching with interest.”

The other semi-final took place this past Saturday, as Hosea Burton was outboxed by Ricards Bolotniks in Riga, Lativa.

Conroy vs. Michel is part of a Golden Contract card on Wednesday, that sees Ohara Davies face Tyrone McKenna in the super-lightweight final, while Ryan Walsh takes on Jazza Dickens in the featherweight final.