Lewis Tells WBC That Nobody Reached Out For Klitschko Bout

A few days ago, it was announced that former heavyweight champions Lennox Lewis and Vitali Klitschko were going to trade punches in an exhibition fight during the World Boxing Council's convention - which takes place between September 30 and October 5 at the Fairmont Grand Hotel of Kiev in Ukraine.

Back in 2003, Lewis (41-2-1, 32 KOs) had to dig deep to secure a sixth round stoppage of Klitschko (45-2, 41 KOs) to retain the WBC heavyweight belt in Los Angeles. Klitschko came in as a late replacement for an injured Kirk Johnson.

Despite numerous offers to fight Klitschko in a rematch, Lewis (now 52-years-old) would announcement his retirement and never fought again.

Klitschko continued his career, captured the WBC heavyweight title on two occasions, and stopped fighting for good after a win over Manuel Charr in 2013.

According to the World Boxing Council - Lewis' handlers reached out to the sanctioning body and advised them that nobody has been in contact with their team to discuss the idea of an exhibition fight with Klitschko (now 46-years-old).

Klitschko's official website discussed the exhibition with Lewis, but the former unified champion appears to be in the dark. 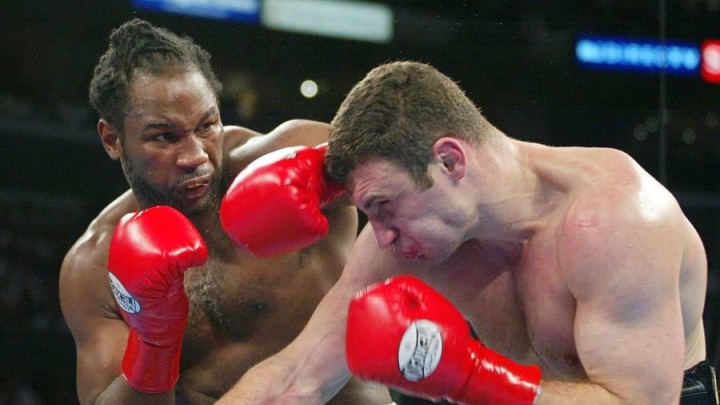 IN OTHER NEWS: The World Boxing Organization (WBO) announced the officials assigned for this Friday, for the bout between Mini Flyweight World Champion Ryuya Yamanaka (16-2, 5 KOs), from Japan, and Vic Saludar (17- 3, 10 KOs), from the Philippines.

The duel will be held at the Central Gym in the city of Kobe, Japan, as the main event of a fight card presented by Shinsei Promotions.

Californian Raúl Caíz, Jr will be the third man in the ring. Daniel Sandoval, from California, Carlos Ortíz, from New York and Pinit Prayadsab, from Thailand, were appointed judges of the fight.

The supervisor of the fight will be Leon Panoncillo, Jr, Vice President of the Asia Pacific region for the WBO.

For Yamanaka, it will be the second defense of the title he won at the Shiroyama Sky Dome in Japan, on August 27, 2017, by defeating his countryman Tatsuya Fukuhara, via unanimous decision. He then defended the title against Mexican Moisés Calleros, who fell by 8th round technical knockout. For his part, Saludar, ranked third in the WBO at 105 pounds, has held the Asia Pacific and Oriental titles.

[QUOTE=Carminedon;18931423]Lewis was getting his ass kicked until a cut stopped the fight. He chose to retire rather than get knocked out in a rematch.[/QUOTE] Not true, as the fight went on the momentum was shifting. Plus that cut didn't open…

lol is this even news?

[quote=finitoxdinamita;18931038]i dont give a sht about some exhibition match anyways. Im glad that circus event isnt happening. Either fight for real or stay retired cuz nobody clamouring for a fight between these two old man anyways. Exhibition? Lol man fuk…

Lewis was getting his ass kicked until a cut stopped the fight. He chose to retire rather than get knocked out in a rematch.

This is a mere technicality. It's unrealistic to expect minor details such as the agreement of one of the two men involved to get in the way of announcing the event. Far better to announce and later these silly details…