Leonard Ellerbe: Jermall And Jermell Charlo Will Each Win Via KO

Mayweather Promotions CEO Leonard Ellerbe says it’s a great time for boxing, simply because of the matchups that can be made.

“The Charlo card is definitely a throwback event with a stacked undercard from top to bottom. That’s what the fans want to see," Ellerbe told BoxingScene.com in an interview. “The Charlos are facing great opponents who can fight. They are going to have it tough. There are no chumps in either weight class of 154 or 160. There are a number of excellent fights that can be made for them. It’s onward and upward from here on out for them.”

Much like the Charlos have options, Ellerbe has a slew of slugfests to consider for the star of his stable in Gervonta Davis as well at 130 and 135 pounds. Ellerbe guides one of the sport’s most devastating KO artists in “Tank,” who has a tough test himself Oct. 24 on a separate Showtime PPV card. 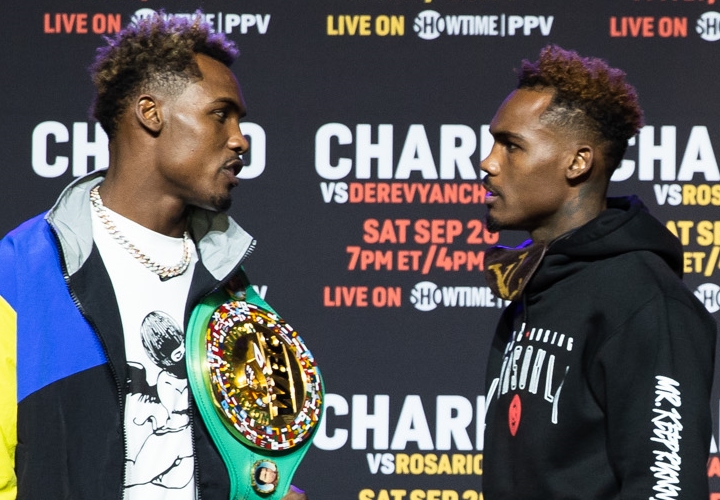 Ellerbe predicted that both Jermall and Jermell will not only win, but do so via knockout.

“Jermall is going to have the best performance of his life on the big stage on pay per view. His fight against Sergiy will bring out the best in him. This fight is not going past six rounds. Charlo will win by a spectacular KO. Derevyenchenko brings lots of experience to the table. He’s fought some really good fighters, but he hasn’t faced anybody like Jermall that is the complete package. Jermall’s athleticism, skillset and know-how will push them over the top. Jermall’s physical skill strength is going to overwhelm him.

“Rosario will get knocked out late by Jermell in the fight down the stretch. He’s on a mission to prove he’s the best junior middleweight in the world. A win over Rosario puts him right where he wants to be as a unified champion. He’ll have some more work to do after that to prove he’s the absolute best.

“Both brothers talk the talk, and walk the walk. They are just being who they are. They fight their a-- off. I love it. I’m a big fan of both guys, and can’t wait for Saturday night. I’m excited.”

I like Charlo’s their the only bipolar boxing brothers ever in boxing! I don’t want to see them lose to foreigners but it’s very possible due to there arrogance.

[QUOTE=Fanofreason;20775850]Lol Charlo is head shoulders above those 2.[/QUOTE] Sorry, no, Charlo is not on the same level as Jacobs and GGG.

[QUOTE=Fanofreason;20775850]Lol Charlo is head shoulders above those 2.[/QUOTE] Charlo needed a gift to get out of the Korobov fight with a W. He's not anywhere close to the level of Jacobs or Golovkin.

[QUOTE=famicommander;20774745]If GGG and Danny Jacobs couldn't KO Derevyanchenko, I don't like Charlo's chances.[/QUOTE] Lol Charlo is head shoulders above those 2.

Lol! Ellerbe realizing there is zero interest by casuals for this Showtime worthy card! Shouldn’t b on Ppv - just like the Davis/Lsc mismatch!!