Leo Santa Cruz: I Have No Fear of Fighting Gervonta Davis

WBA featherweight champion Leo Santa Cruz revealed that he will return to the ring at the end of June or the beginning of July, and given the difficulty of unifying titles at 126-pounds, it is very likely that this fight will be the first one to held at super featherweight.

If after that point he still can not secure a unification, then they will raise his hand to challenge WBA super featherweight champion Gervonta Davis for a fourth world championship.

Santa Cruz said the fight with Gervonta is very viable and stressed that he is not afraid of his power, as he has never faced an opponent that puts pressure on him. 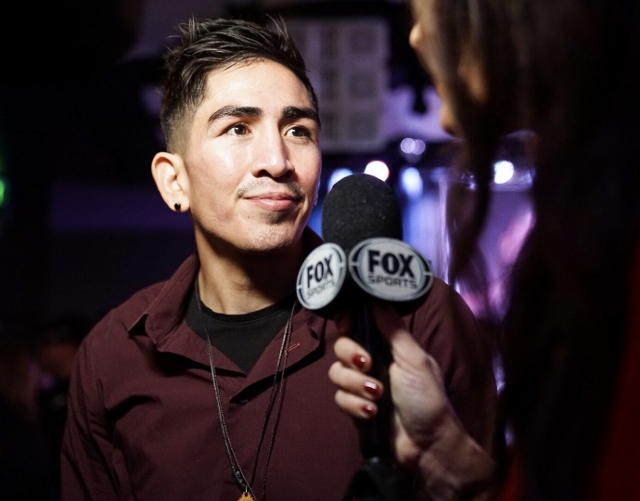 "I told them I wanted three fights this year and we started training, the truth is that I do not have anything on the table, and seeing that all the champions are busy, maybe we can do this upcoming fight at 130 pounds, see how we feel, and maybe towards the end of the year we can get the unification at 126 or Gervonta Davis at 130," Santa Cruz told ESPN Deportes.

What Santa Cruz (36-1-1, 19 KOs) wants, he said, is to unify with Gary Russell, Óscar Valdez Josh Warrington, but he mentioned Gervonta more than once in several interviews.

"What I want are the big challenges, Mikey went up to 147 pounds, he was not afraid, I'm not afraid of anyone either, Gervonta is fast and strong, dangerous, that's why I want that challenge, to show what I'm capable of doing," said Santa Cruz.

"There are many fighters who look after their record, I do not, I am willing to fight with anyone even though they say I look after myself. What happened is that there have not been agreements, but I have always pursued those fights. There was a point where I had said yes to Guillermo Rigondeaux, but there was no agreement. Over here there is no fear and we are going to prove it.

"I think my experience and the number of shots I throw will give Davis a lot of trouble, I feel like he hasn't fought with someone who puts pressure on him. If we can not fight with him at 130, then we will pursue the unification at 126. But this fight in June is feasible at 130."

[QUOTE=pugil1st;19668900]He's definitely got a good chin but if little man Frampton can check it then imagine what Tank could do? His 2nd fight with Frampton would be the best game plan.[/QUOTE] Leo stumbled a little bit to the ropes in…

[QUOTE=Idunnoshet;19668052]Respect to Leo man . I like the confidence coming from him . Seems like he's been hearing the criticisms and wants to challenge himself . Can't hate on that .[/QUOTE] Exactly, and yet some will

[QUOTE=Santa_;19668855]Leo's chin is made of granite. He's going to turn Tank into a Volkswagen.[/QUOTE] He's definitely got a good chin but if little man Frampton can check it then imagine what Tank could do? His 2nd fight with Frampton would…

[QUOTE=pugil1st;19668848]I believe Leo. I'm a big fan of his but I would hate to see him fight Davis and think think that he could pressure him. That's absolutely the wrong strategy for Leo against Tank.[/QUOTE] Leo's chin is made of…

I believe Leo. I'm a big fan of his but I would hate to see him fight Davis and think think that he could pressure him. That's absolutely the wrong strategy for Leo against Tank.