Lennox Allen: Been A Long Time Since Guyana Represented Best Boxing Has To Offer

Lennox Allen views his next ring opportunity as his shot at becoming an overnight success story that’s been 16 years in the making.

It’s been nearly as long since a boxer from his native Guyana has laid claim to a major title, a trend he hopes to reverse. A big step toward that goal will come in the form of a showdown versus David Morrell Jr. (2-0, 2KOs) in a Fox-televised clash for the interim version of the WBA super middleweight title. 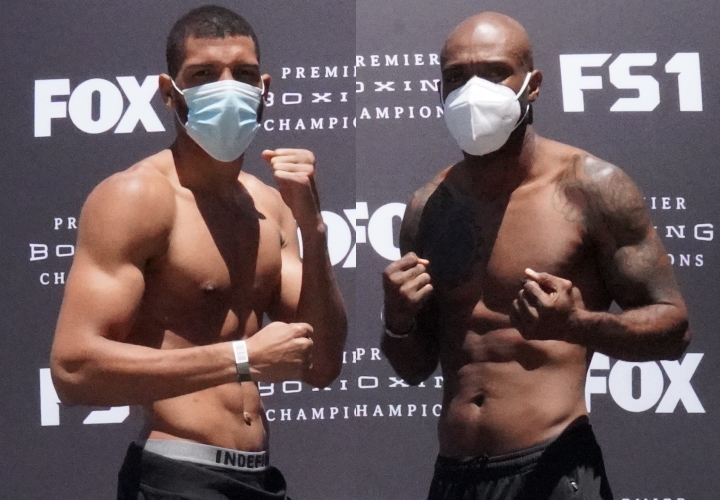 The very short list of Guyana-born boxers who have hit paydirt in the pro ranks kicked off with the late Andrew Lewis, who claimed a version of the WBA welterweight title in 2001. Following thereafter were Vivian Harris and Wayne Braithwaite, who claimed alphabet belts in 2002 and managed to defend for nearly three years each.

All three were based out of Brooklyn by the time they claimed their belts, as is Allen who relocated from Guyana in 2009. It’s been a hard-luck career for the now 35-year old southpaw, who has endured several gaps of inactivity through 16 years as a pro.

In fact, he was just six fights into his journey before hitting his first stretch of one year or more without a bout. In that time came the last Guyana-born boxer to claim a major title, when Gairy St. Clair—who was living and training in Australia at the time—hit the road for a July 2006 upset win over then-IBF 130-pound titlist Cassius Baloyi at the famed Emperors Palace in Kempton Park, South Africa.

Allen’s own career wouldn’t resume for another five months, although still remain largely off the radar. The hope was that things would change after soundly outpointing super middleweight prospect Derrick Webster last February on ESPN+. Instead came more waiting—though this time with the reassurance of better things to come.

“My manager (Steven Heid) just told me he was working on some things and—even though he knew I didn’t want to hear that word—to just be patient,” Allen recalls. “I trusted him and put my faith in God that my next fight would be a big one.”

Even taking into consideration the WBA’s obsession with creating and handing out belts like Oprah Winfrey presenting gifts to her studio audience, a win on Saturday will put the winner in prime position to challenge a big player in the division. England’s Callum Smith is the rightful owner of the WBA Super Middleweight title, while boxing superstar Saul ‘Canelo’ Alvarez holds a secondary version of the belt.

Allen knows better than to expect to be first in line for such fights, but is also aware of the platform on which he will next appear. Within the PBC family exists a pair of unbeaten super middleweight titlists in David Benavidez (WBC) and Caleb Plant (IBF).

Either option would justify all the times he’s previously held out hope only to be let down.

“I admit, there were a lot of times, I was ready to give up,” reveals Allen. “But God always has a better plan. Steven told me to win this fight and that I would get this opportunity for a big, big fight.

“Nobody wanted us. A lot of fights fell through. So when this was offered, I knew it was my calling. I have a lot of people depending on me, and it’s time to bridge that gap for Guyana to have more world champions,”