European veterans and former world champions Ricky Burns, 36, and Lee Selby, 32, stepped into the ring to see who had more fuel left in the tank.

The win was not definitive, but Selby scored a majority decision in a chippy contest that was rabid with rabbit punches. At the end, the foul-filled fight was ruled a majority decision for Selby with scores of 115-115, 116-112 and 116-113 on Saturday as part of the undercard of the super lightweight unification bout between Josh Taylor and Regis Prograis at the O2 Arena in London.

Selby (28-2, 9 KOs), from Wales, who lost his IBF featherweight champion to Josh Warrington in May 2018 and was fighting for just the second time since, started the fight admirably, piling on early rounds. 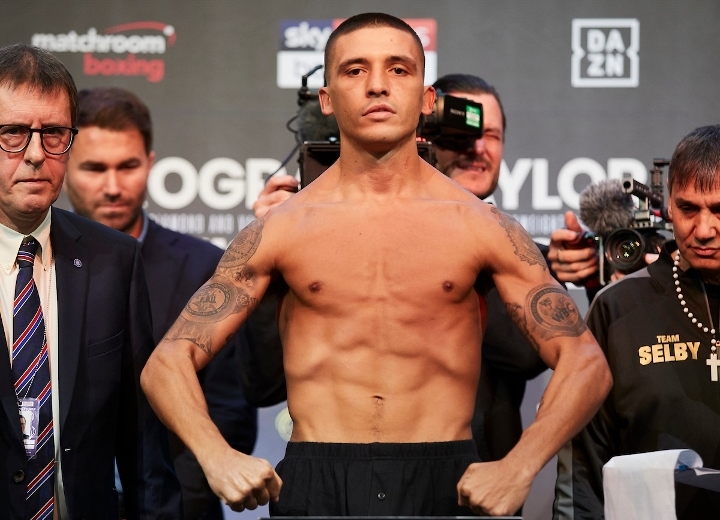 “I had to work and dig in at times. I could have made it a lot easier with better boxing. I thought I did enough to win the fight,” said Selby. “I feel comfortable at lightweight.”

It was a fight of two halves. Selby started strong, working off his jab, but Burns leaned on his championship mettle and 18 years of experience to mostly take the later rounds.

Through the first five rounds, both pugilists poked and prodded their punches in a calculated manner, one strike at a time. Combinations were few and far between, as the fight played out with a game of counters. The fleet-footed Selby was getting the better of the exchanges, though, sweeping four out of the five frames.

At the end of the fifth, Burns threw a flagrant cheap shot to the head of Selby, which infuriated the fighter. Selby’s temper flared, and referee Bob Williams had to restrain Selby from further retaliation. Before the sixth round got underway, Williams gathered both fighters in the middle of the ring and admonished them, but no points were deducted. By the end of the round, Selby hit Burns with a low blow and rabbit punch.

The action didn’t get much cleaner in seventh. Just as the round started, Selby led in with his head and clashed heads with Burns. Selby seemed apologetic for the messy exchange, but Burns became angry and returned with more vigor and landed a handful of power punches. The performance was by far his best round of the match.

Another late left hook from Selby landed on Burns at the end of the eighth, but he wound up losing the stanza as Burns began building momentum, going on to win the ninth as well.

Selby came back strong in the tenth with the fight still up for grabs.

Before the twelfth round, Burns left his stool with a wide grin, arms raised in the air and banged gloves and hugged Selby, showing there was no bad blood.

He then hooked him in a headlock, but Selby eventually did enough to seal the win, even blatantly hitting Burns in the back of the head just as Burns turned away.

Whether Burns now turns his back on the sport and retires remains to be seen.

Good to see another haymon fighter doing well on dazn