Lee McGregor Links Up With Ben Davison Ahead of Guerfi Fight

Scottish star Lee McGregor has linked up with world-title winning trainer Ben Davison ahead of his European bantamweight title showdown with Karim Guerfi in November.

British and Commonwealth champion McGregor (9-0, 7 KOs) challenges Guerfi (29-4, 9 KOs) for his EBU belt later this year, and will now have the expertise of Davison in his corner for the clash, along with the help of nutritionist David Stache. 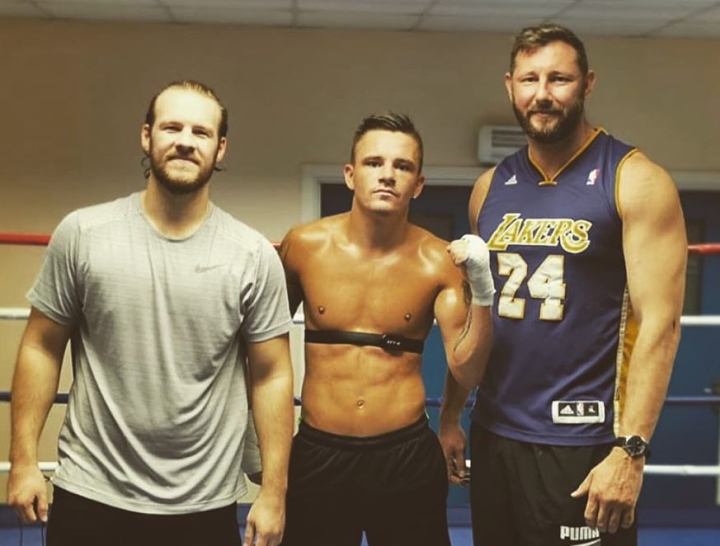 Davison was the mastermind behind the incredible comeback of heavyweight king Tyson Fury, and also trained Billy Joe Saunders for his WBO super-middleweight title win over Shefat Isufi in May 2019.

He’s currently in camp with Josh Taylor ahead of his WBA and IBF super-lightweight title defence next weekend, and Edinburgh hero McGregor is excited to be teaming up with the established trainer.

McGregor said: “This is the start of a new and exciting journey. I’m delighted to be teaming up with Ben Davison and nutritionist David Stache and I feel with these two guys behind me I’m going to get even better, stronger and smarter.

“The future is bright and now it’s just eight weeks to go until we hear ‘and the new.’ I want to say a huge thank you to Grant Smith and the Steel City Gym for all of their help throughout the last year of my career.

It’s a great bunch of lads at the gym and I’ll definitely be be back to see the lads again soon, so I wish them the best for the future.”