Lee McGregor: I Knew Kash Farooq Win Would Be Close

The pair delivered the goods in one of the most exciting boxing dust-ups of the year at the Emirates Arena in Glasgow on Saturday night.

McGregor, who claimed the IBF Youth title after just four fights, hails from Edinburgh and took on his Glasgow rival atop an MTK Fight Night card promoted by MTK Global in association with Top Rank Inc. 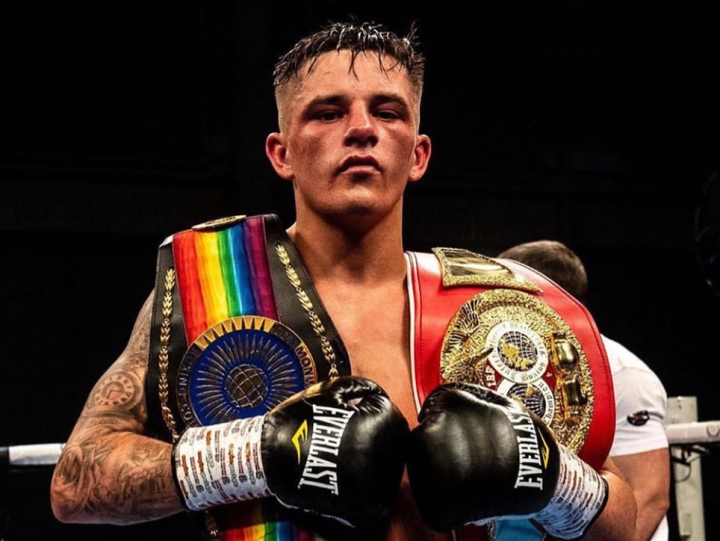 The Grant Smith-trained fighter, whose name was on the left side of the poster, tried to bully his opponent, live on iFL TV, ESPN+ and BBC Scotland, but struggled to lay a glove on him, while Farooq landed more and better shots to claim the advantage in the third.

That made McGregor switch tactics, trying to keep his foe at arm’s length while scoring with the jab but he was again staggered by a couple of big right hands from the Glaswegian, who appeared to have shaded the fourth as well.

The fifth round unquestionably belonged to Farooq, though, as the man who recently captured the British title outright ahead of taking the fight with ‘Lightning’ punished McGregor by driving right and left hooks in to the body.

The Tartan tear-up continued to heat up, with rounds being equally split and both sets of fans up on their feet throughout as each man had sustained spells of success.

Farooq’s fitness told in the eighth when he outworked and outpunched his man, who also landed blows of his own – just not as many.

McGregor, who had been warned by referee Victor Loughlin on several occasions for excessive holding, switched to southpaw but couldn’t keep Farooq at bay. He pushed Farooq through the ropes in the ninth but no action was taken.

The Edinburgh fighter was finally penalised in the 10th round, with third man Loughlin, from Paisley, deducting a point and it looked like that had swung the clash in favour of ‘The Untouchable’ –– who suffered his first defeat after being cut by the left eye –– but the three scoring judges’ tallies saw it go the other way.

“I was willing to do anything in there,” said McGregor, who was awarded a 115-112 verdict by Mark Lyson.

The other two judges handed in scorecards of 114-113 and 113-114, forcing a split decision which ultimately split those watching at ringside. “I’ve had the hardest week of my life and I still got in there and fought my heart out.

“I love having fights like that and I am over the moon.

“I knew it was a close fight so hats off to Kash Farooq. There was no bad blood in the build up and it was total respect.”

McGregor has yet to open up regarding what is to come in the new year but, having moved to eight fights undefeated, he will undoubtedly be destined for a big future on the domestic scene in the 118-pound division.

Farooq, meanwhile, is no longer the best kept boxing secret in Scotland and will get big opportunities on the back of what was a great performance albeit in a losing effort.

[QUOTE=rudy;20195523]so you dont care your countryman got robbed but because i said he was india you are most annoyed about that:firedevil:loser:[/QUOTE] I was clearly taking the piss, it was what your post deserved . Yes it was a dodgy desicion…

[QUOTE=rudy;20195523]so you dont care your countryman got robbed but because i said he was india you are most annoyed about that:firedevil:loser:[/QUOTE] I was clearly taking the piss, it was what your post deserved . He s it was a dodgy…

[QUOTE=JuanSkinner;20195396]He s from Pakistani decent you racist pig[/QUOTE] Calm down, you are watering down that term. Indian is not a derogatory term. As for the topic Kash deserves a rematch!