Lee McGregor Getting Top Work in Camp With Ben Davison

Lee McGregor has lifted the lid on his training camp with new coach Ben Davison – revealing that he’s already learning plenty of new things ahead of his European title fight next month.

Undefeated British and Commonwealth bantamweight champion McGregor (9-0, 7 KOs) will challenge dangerous Frenchman Karim Guerfi (29-4, 9 KOs) for his EBU title on a MTK Fight Night on Wednesday 11 November – live in the US on ESPN+ in association with Top Rank, and worldwide on IFL TV. 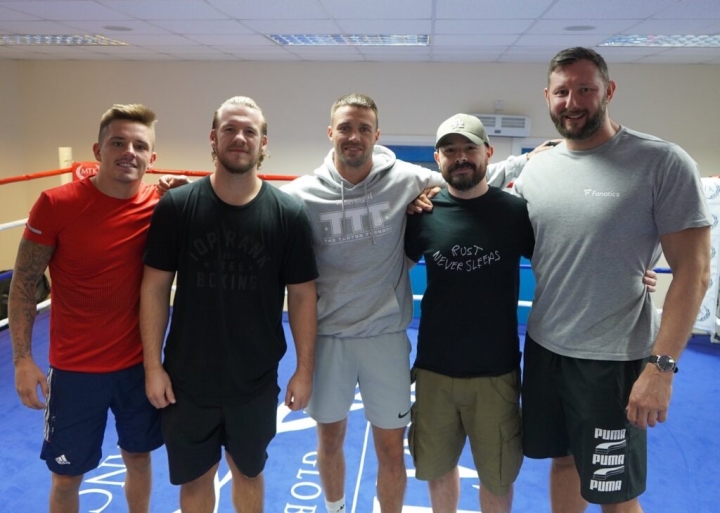 It is McGregor’s first camp since linking up with new trainer Davison, and the Edinburgh man is loving how things are going ahead of the showdown with Guerfi.

McGregor told IFL TV: “Ben is a great coach and is technically very good. I feel I’m a good fighter and I have a lot of heart, but what I feel I can improve on as a fighter is my technical skill, and I’m trying new things under him.

“It’s crazy how much I’m improving every week. I feel better after every spar and I’m learning every day, so I couldn’t be happier. This will be my second fight this year, and for my fight in August I had a nutritionist on board for the first time and it made a difference performance wise.

“The way I was feeling was so much better, and it opened my eyes up a lot compared to what I was doing. I’m soaking everything up and enjoying training every day. If you don’t take risks, you don’t get rewards, and I’ve made that clear from the beginning of my career.

“I’ve progressed quickly, and I find myself in a nice position going into my 10th fight. Challenging for the European title is a big step up and one I’m confident I can pull off.

“I’m willing to face anybody in front of me. I won the Commonwealth title in my 5th fight. Some fighters want to build up their records. I could be sitting here 11-0 and having fought nobody, but I want to be a champion. I want to fight the best and be involved in the best fights.”

If he wins then he could be looking at some pretty interesting defence's. The rematch with Faroog is always going to be called for , but how about Paul Butler or even Sunny Edwards moving up in weight?