Former super welterweight champion Erislandy Lara (25-3-3) is fully focused on the task at hand.  That task is Ramon Alvarez (28-7-3) and the fight takes place on August 31st in Minneapolis, Minnesota. The fight tops a Premier Boxing Champions on Fox card.

Lara is 0-1-1 in his last two fights with both results being controversial. In April, 2018 he lost a split decision to then unified super welterweight champion Jarrett Hurd.  Lara hit the canvas in the 12th round and that point proved to be the margin of victory.

In March of this year, Lara battled WBA super welterweight champion Brian Castaño to a split draw.  As in the fight against Hurd, opinions were divided on who observers believed deserved the victory. 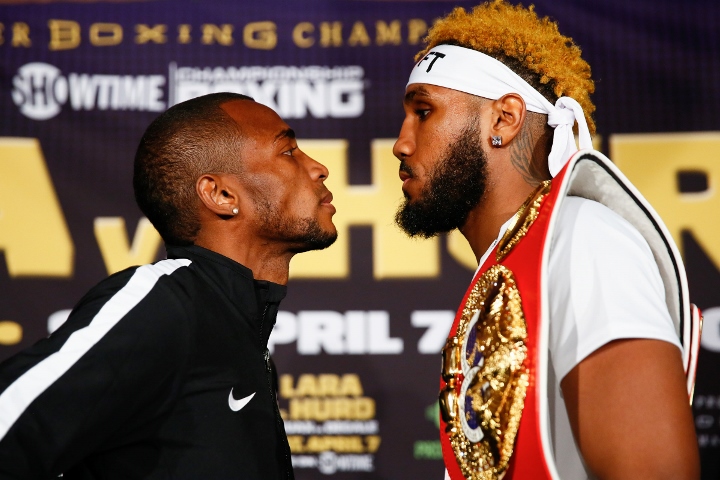 After Alvarez, Lara would like the opportunity to set the record straight.

"I am ready to fight with anyone. I haven't ever avoided anyone. I have said that I want those rematches. After the fight against Alvarez I am available to fight anyone. Hopefully we can make one of those fights happen," Lara told BoxingScene.com after a recent training system.

At 36-years-old, Lara feels as hungry as ever.  On paper Alvarez is a clear step down in competition compared to Castaño and Hurd but the Cuban insists he isn't overlooking his opponent.

"The motivation is always there. I always have the motivation and that is why I am training hard. I am very focused on Ramon Alvarez and if everything goes well on the 31st then I am ready to fight anyone. Whoever they put in front of me I will be ready to face," he explained.

For most of his career Lara was not considered an action fighter.  That all changed in his previous two fights.  He feels more popular than ever from the feedback he has received and is very grateful for the support.

Get the easy work out the way

Hes right to look past Alvarez