Erislandy Lara acknowledges that he may never fully return to the boxer of old. At the same time, it doesn’t necessarily mean he’s an old boxer.

The 36-year old Cuban export is back on the title stage following a two-round wipeout of Mexico’s Ramon Alvarez in their secondary title fight last Saturday in Minneapolis, Minn. The win was his first in nearly two years, having suffered a heartbreaking 12-round loss to then-unbeaten Jarrett Hurd in their title unification bout last April and then fighting undefeated Brian Castaño to a draw in their secondary title fight this past March.

The irony in his recent winless streak prior to Saturday’s win was that both bouts were among the most entertaining of his 11-year career. The southpaw was often criticized for his tactical style but that has changed in a big way in his past several fights—though not through any intentional means. 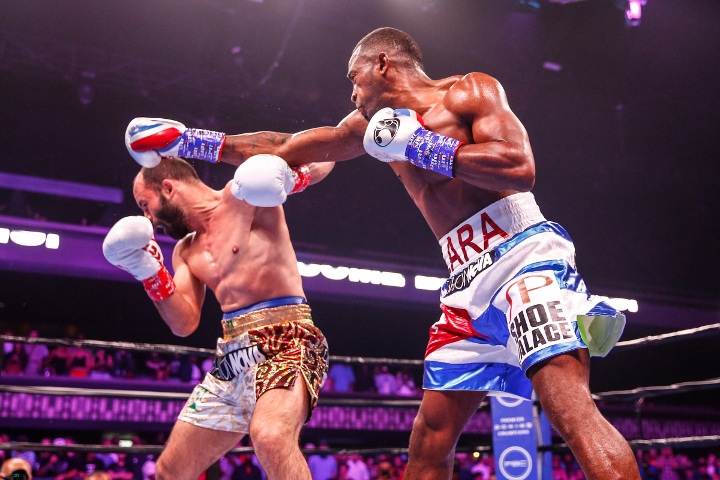 Lara’s past three bouts have been far more fighting than boxing, to the delight of the viewing audience. His loss to Hurd was hailed by Boxing Writers Association of America (BWAA) as the 2018 Fight of the Year, and his draw with Castaño drew rave reviews from observers as a wildly entertaining affair, even without a conclusive outcome.

Saturday’s knockout victory over Alvarez was a one-sided blowout, though still a positive as Lara sought to make a statement rather than hold back for the sake of getting in rounds. The night marked his first fight back with head trainer Ismael Salas, working with the renowned cornerman upon his relocating to Las Vegas, Nevada after having trained with Ronnie Shields in his previous residence in Houston, Texas.

Lara and Shields parted on good terms, the change in trainers strictly geographically-driven. Now that he’s back with his old team and in the win column, the expectation is an immediate return to the division’s best.

“I’ll fight anybody, at 154 or 160,” Lara insists. “If they think I’m an old fighter, then come get me. I’m ready to show I’m still the best at (154 pounds), and show (World middleweight champion Saul) ‘Canelo’ Alvarez I can be the best middleweight too after beating him again.”

If Lara wants to make a statement he should fight Benavidez, Zurdo Ramirez, Uzcategui, Plant. He is a bit more entertaining because he was forced to fight since his age doesn´t allow him to move or run that much. The…

I was never a big fan of Lara, but he’s earned my respect for several reasons: 1. He fights anyone; 2. He’s had staying power; and 3. He can put on a show when he wants to (which is becoming…

If Lara really wanted Canelo again he wouldn't still be at jr middle. All the champs there are tied up fighting each other. Canelo is talking about a light heavyweight fight with Kovalev and you're fighting his bum brother and…