Veteran Puerto Rican boxer Jonathan Oquendo and undefeated Lamont Roach will collide in a final eliminator where the winner will face the 130-pound champion of the World Boxing Organization (WBO), Masayuki Ito of Japan.

According to Carlos Narvaez, the match will be part of the undercard to the highly anticipated event where WBA, WBC middleweight champion Saul "Canelo" Álvarez and IBF world titleholder Daniel Jacobs will collide.

The card takes place on Cinco De Mayo weekend, May 4, at the T-Mobile Arena in Las Vegas. 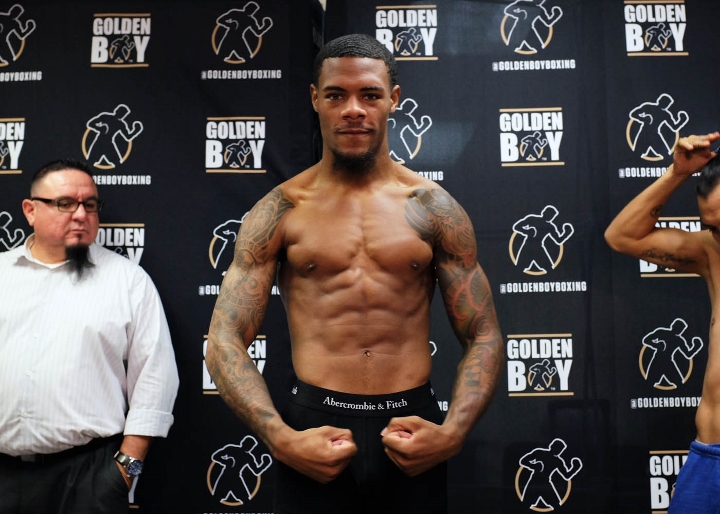 Héctor Soto, the vice president of Miguel Cotto Promotions, confirmed that the showdown between Oquendo - the current WBO Latino champion - and Roach - who is the International champion of the same organization - is already in the works.

"It's what we're working on right now. It is a great opportunity for Oquendo, since the winner between him and Roach will go against Masayuki Ito - who is the current champion of that division," Soto said.

Roach has an undefeated record of 18-0-1 and 7 KO's. In his last match, he overcame Alberto Mercado by decision. He also came away with a win over Orlando Cruz last year.

Oquendo wants to get the opportunity for revenge - because in 2018, Masayuki Ito beat fellow Puerto Rican Christopher "Pitufo" Diaz to win the vacant 130-pound belt.

Why is #1 WBO ranked fighter Ryan Kingry fighting #2 WBO Roach for the right to fight Masayuki Ito for the WBO Title? Ryan Garcia has a tune up on March 30th and I heard he wants to be on…

Author needs to correct the Orlando Cruz part. It was a draw, not a win.