IBF minimumweight champion Hiroto Kyoguchi (9-0, 7 KOs) got the biggest win of his career Sunday by stopping Nicaraguan Carlos "Chokorroncito" Buitrago (30-3-1, 17 KOs) in the eighth round in Tokyo.

The 24-year-old Kyoguchi, the latest Japanese upstart, made the second defense of the title he had captured earlier this year against Mexican Jose Arguemedo. The time of the stoppage was 2:28 of the eighth round.

Buitrago, 26, was considered a litmus test for the champion. The IBF’s No. 3 contender at 105 pounds has previously challenged for the title three times, earning a draw against Merlito Sabillo for the WBO belt and losing two decisions to WBA champion Knockout CP Freshmart (the first one was very close). 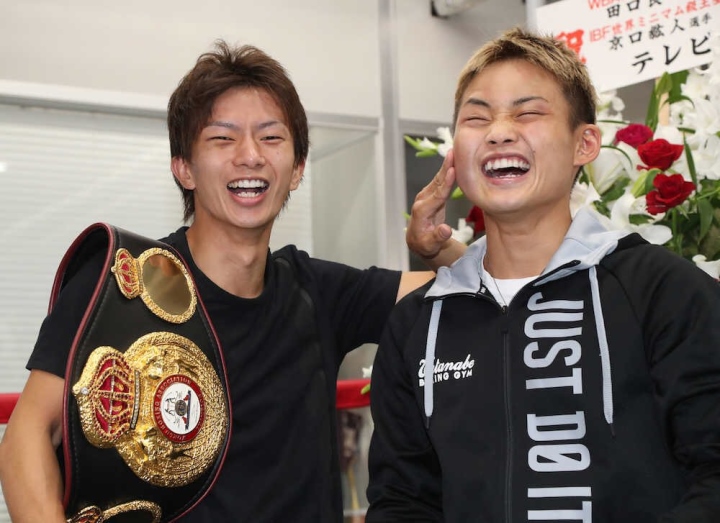 However, the litmus test turned into basic math for the champion, who easily dominated the fight thanks to his aggression, coupled with overall power. Buitrago landed several presumably hard shots during the contest, but each one didn’t seem to affect the champion. Unlike Kyoguchi, Buitrago felt the Japanese champion’s power, reeling sometimes, and started to look like a beaten man by the fourth and fifth rounds.

With each passing round, Kyoguchi's dominance was more evident, until referee Roberto Ramirez Jr. stepped in to protect the Nicaraguan from more punishment in the final minute of the eighth.

Like his famed compatriot, Roman “Chocolatito” Gonzalez, Buitrago was stopped for the first time in what has become a year of nightmares for Nicaraguan boxing.