Zhilei Zhang needs a new opponent for his November 30 fight in Monte Carlo.

BoxingScene.com has learned that Sergey Kuzmin has withdrawn from his scheduled 10-rounder against the huge Chinese heavyweight due to a foot injury. Russia’s Kuzmin (15-1, 11 KOs) was supposed to provide the toughest test of the 2008 Olympic silver medalist’s professional career in a bout DAZN was to stream from Casino de Monte Carlo.

Roc Nation Sports’ Dino Duva told BoxingScene.com on Thursday that matchmakers for Matchroom Boxing, Zhang’s co-promoter, were working to secure a replacement for Kuzmin. Zhang is scheduled to leave the United States for Monte Carlo on Sunday.

“We’re disappointed about Kuzmin’s injury because Kuzmin is a ranked heavyweight,” Duva said. “This would’ve been a good fight for Zhilei to prove himself. But there are three or four possible opponents that we’re looking at. We should have a new opponent soon. We’re optimistic that he’ll fight the type of opponent that’ll allow him to get back into the ratings.” 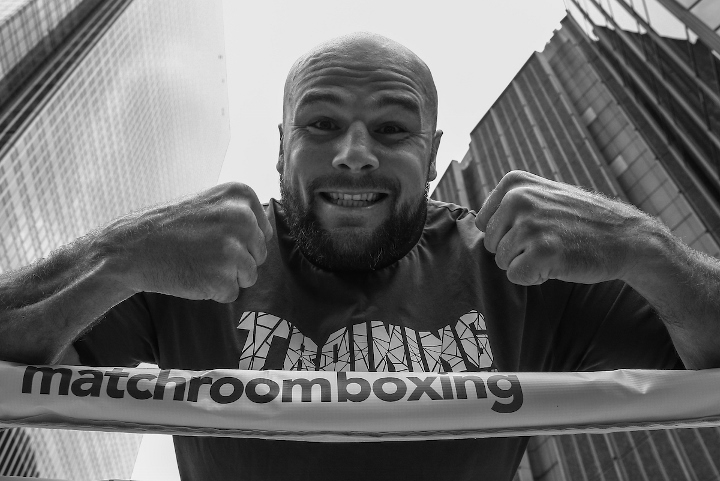 Kuzmin, 32, lost his last fight to American Michael Hunter (18-1, 12 KOs), who won a 12-round unanimous decision against Kuzmin on September 13 in The Theater at Madison Square Garden.

The 36-year-old Zhang (20-0, 16 KOs) hasn’t fought since September 2018, in large part due to a visa issues that kept the strong southpaw out of the U.S. Zhang trains in Paterson, New Jersey, along with former Olympic teammate Fanlong Meng (16-0, 10 KOs), the mandatory challenger for Artur Beterbiev’s IBF light heavyweight title.

The 6-feet-6, 260-pound Zhang returned to New Jersey late in August and resumed his partnership with trainer Shaun George.

Zhang was ranked by the WBO before his long layoff. He had hoped to get a shot at since-dethroned IBF/IBO/WBA/WBO champion Anthony Joshua, who defeated Zhang on points at the 2012 Summer Olympics in London.

[QUOTE=mlac;20205335]decent replacement on short notice, rudenko is ridiculously tough.[/QUOTE] Yeah, I kinda like that one

🇲🇨 Zhilei Zhang will now face Andriy Rudenko next Saturday in Monaco after Sergey Kuzmin withdrew due to injury, Eddie Hearn has explained. He also reaffirmed that Magomedrasul Majidov vs Tom Little is happening on the Ruiz…

No doubt in my mind if they need a guy on really short notice I would consider Gabriel Enguema. He's the best 10-9 journeyman in Europe. 6'5 250 & always in decent shape. He is the Nicolai Firtha of Europe.…