At the Liacouras Center in Philadelphia, Kudratillo Abdukakhorov (17-0, 9 KOs) maintained his status as the IBF number one welterweight contender, scoring a unanimous technical decision (99-91, 98-92 and 97-93) over former world title challenger Luis Collazo (39-8, 20 KOs) after a cut opened up above Collazo's right eye in the 10th and final round.

Collazo was surging in the early rounds with his pressure and come forward attacks. But Abdukakhorov able to eventually adjust and began to pile up the points.

Collazo told his corner that he injured his biceps in the fifth round and was unable to throw his left hand much throughout the second half of the fight. 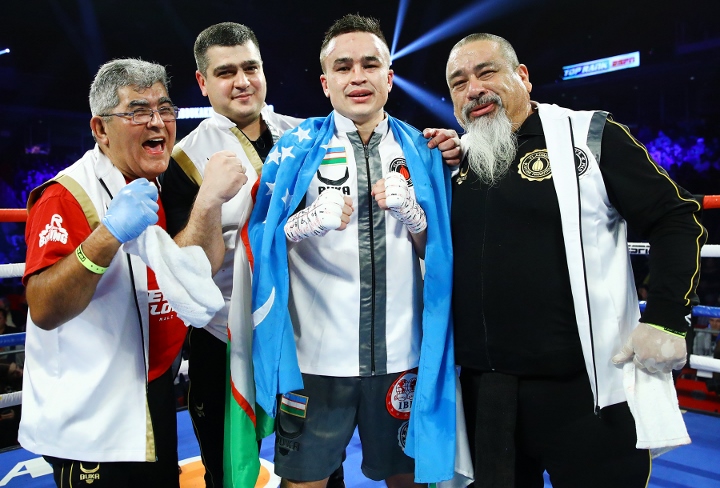 Collazo injured his biceps in the fifth round and was unable to throw his left hand much throughout the second half of the fight.

Spence was recently involved in a car accident. There were no broken bones or fractures, but he did suffer some lacerations and broken teeth. There is no word on how long it will push back his expected return - which planned for January against Danny Garcia.

“I am the IBF number one contender, and I would like to fight for the title fight next," Abdukakhorov said.

"I wanted to fight Errol Spence Jr., but unfortunately he got in a car accident. I wish him a speedy recovery, and if he’s ready to fight soon, I would like to fight him. If he has to vacate the title, then I will fight whoever they put in front of me.”

Collazo, at 38-years-old, is likely not going to retire at this point, but the severe cut will take a few months to fully heal.

Call out a man on a clinic bed... idiot.

He is with Top rank so he is in line for Crawford.

[QUOTE=factsarenice;20133767]Abdukakhorov would be a bump in the road. He might have a good scrap with Danny Garcia, he's simply not that good.[/QUOTE] Exactly! Everybody calls out Spence, nooobody calling for T Crawford action....

[QUOTE=Mastrangelo;20133857]Well, let's be honest guys - if They fought today, Abdukakhorov wins this :boxing:[/QUOTE] Lol yeah sure he does...