Carl Moretti, vice president of boxing operations for Bob Arum’s Top Rank Inc., confirmed to BoxingScene.com on Tuesday that Pulev, who’s co-promoted by Top Rank, and Booker have agreed to box. ESPN.com first reported that their heavyweight bout was in the works. 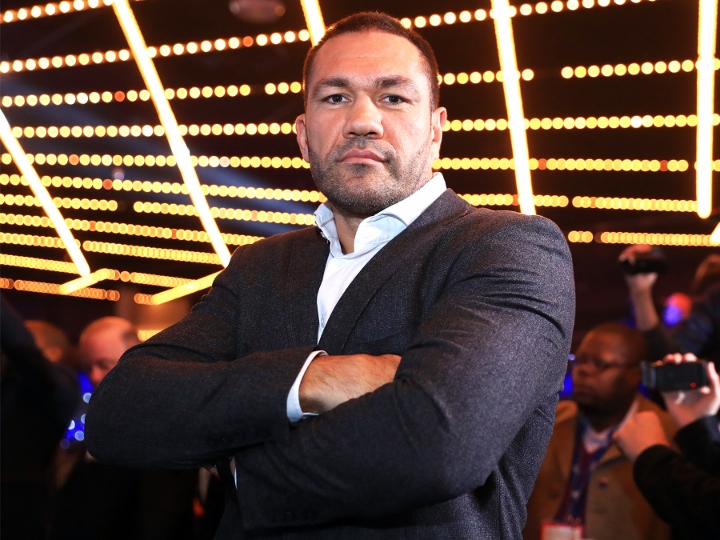 The 38-year-old Pulev (27-1, 14 KOs) is the IBF’s No. 1 contender for a mandated shot at champion Andy Ruiz Jr. Ruiz – who also won the WBA, WBO and IBO titles from Anthony Joshua on June 1 – is contractually committed to an immediate rematch with Joshua.

While waiting for the Ruiz-Joshua winner, Pulev will attempt to stay busy by boxing Booker.

The 38-year-old Booker (26-2, 13 KOs) tested unbeaten prospect Jermaine Franklin (20-0, 13 KOs), but he lost their 10-rounder by unanimous decision April 13 at Boardwalk Hall in Atlantic City, New Jersey. The only other opponent to beat Booker was former three-division champion James Toney, who defeated him by unanimous decision in a 12-rounder 15 years ago.

Booker served nearly 12 years in prison on a drug-dealing conviction between the Detroit native’s losses to Toney and Franklin.

Pulev last fought March 23, when he knocked out Bogdan Dinu (18-2, 14 KOs) in the seventh round of what had become a very competitive fight in Costa Mesa, California. Following that victory, Pulev caused controversy by kissing Jennifer Ravalo on the lips while she conducted a post-fight interview for lasvegassportsdaily.com in Pulev’s makeshift dressing room.

The California State Athletic Commission suspended Pulev for six months, fined him $2,500 and ordered him to undergo sexual harassment prevention training after that incident.

Pulev expected to square off against Australia’s Mark De Mori, who ultimately turned down Top Rank’s offer because he considered it insufficient for facing a top-ranked opponent on ESPN. The 37-year-old De Mori (37-2-2, 33 KOs) has won seven straight fights, all by knockout, since former WBA champ David Haye knocked him out in the first round of Haye’s comeback bout in January 2016 at O2 Arena in London.

The bouts between Herring (20-2, 10 KOs), a former Marine from Coram, New York, and Roach (19-0-1, 7 KOs), of Upper Marlboro, Maryland, and Pulev and Booker will be televised by ESPN from Chukchansi Park. That’s the home baseball stadium of the Fresno Grizzlies, the Washington Nationals’ Triple-A affiliate.

Why? You just had a gimme against the bum Fury

[QUOTE=hitmanjosh;20111695]His ass old as dirt also with bricks in his feet. MF's kill me with criticism when they haven't done a dam thing in the sport worth while. I know for a fact Malik is living better than many sparring…

[QUOTE=hitmanjosh;20111544]at least have your facts together. Team Cannon was 3 young guys all out of the same gym on Detroit's ********, [B]Leo "Paco" Nolan at Heavyweight, who beat Lou Saverese[/B] then there was Rubin "Hollywood" Williams at Middleweight who lost…

[QUOTE=joe strong;20111681]Well at least Pulev may get a few rounds if anything... Booker was once a skilled guy but at 38 I doubt he does anything but survive. He is a pro sparring partner like Malik Scott & Maurice Harris.…

Well at least Pulev may get a few rounds if anything... Booker was once a skilled guy but at 38 I doubt he does anything but survive. He is a pro sparring partner like Malik Scott & Maurice Harris. A…