KSI: I Can Definitely Fight Other Pro Boxers - And Beat Them

YouTubers KSI and Logan Paul will settle a yearslong personal beef when they headline Matchroom Boxing’s fight card Saturday at the Staples Center in Los Angeles.

KSI said he’s fully committed himself to the sport while preparing for his rematch against Paul.

“I’m putting in 110% into training and sparring. I’m not taking this lightly. It’s hard, it hurts, but I know in the future it will help me win this fight. It’s given me a whole new level of respect. I knew before, respecting the whole boxing scene, and how much work you have to put in,” KSI told BoxingScene.com in an interview.

“This is something I want to continue doing in the future. I wouldn’t stop here. What’s the point of that? I have not gotten this far just to stop. That’s stupid. There are more people I want to fight, and I will call them out after I win this fight.”

KSI later went on to say, "I feel like I can definitely fight other pro boxers—and beat them." 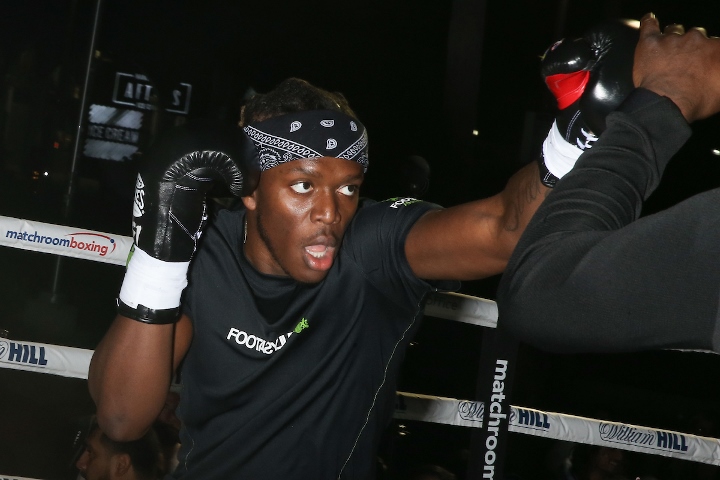 Challenging professional boxers is a shrewd statement for the 26-year-old novice who may be a master at creating clickable content, but a newbie in the ring. However, training under cruiserweight fighter Viddal Riley, who is 3-0 in his young career and fresh off signing a deal with Mayweather Promotions, has given KSI newfound confidence.

KSI’s match against Paul will be his pro debut. In addition to his amateur match with Paul last year, KSI has also faced fellow socialite Joe Weller with headgear.

Depending on how he fares in the ring, KSI could further test the waters and try his hand in the sport.

“I was thinking to myself, ‘could I do this?’ I would never give up,” said KSI. “Just train, train, train. I started to understand boxing, love it, and respect the sport.”

[QUOTE=deathofaclown;20178433]Maybe, but it’d have to be the real lowest level journeymen there is from some country where the level is terrible. Even then, Callum and Liam Smith made a great point about their comments about beating a pro fighter. They…

[QUOTE=KillaMane26;20176120]Im pretty sure he can beat "somebody" We automatically thinking about ranked guys etc. Im pretty sure there is someone he could evenly match up with. If we put our dislike to the side. He has "some" skills[/QUOTE] Maybe, but…

Guy is such a cretin

Charles zelenoff should sucker punch the winner straight up