Hall of Fame promoter Frank Warren summed up best for all parties involved in the light heavyweight title fight between Sergey Kovalev and Anthony Yarde in wondering aloud just what the hell is going on.

That’s not the response the World Boxing Organization wanted to hear.

The Puerto Rico-based sanctioning body has taken matters into its own hands, calling for an emergency purse bid hearing to establish a lead promoter and a date for the overdue title fight. The session will take place Tuesday, June 11 in the lobby of Hilton New York JFK Airport Hotel in Jamaica (Queens), New York. 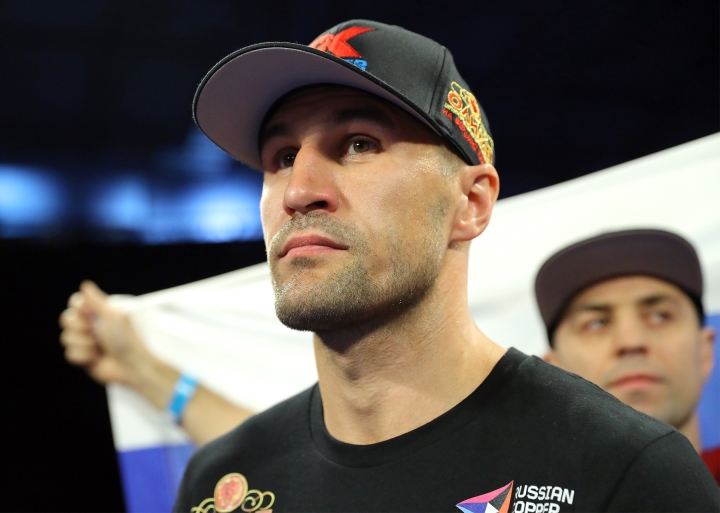 “With the uncertainty of the fight, a purse bid was necessary,” Francisco ‘Paco’ Valcárcel, president of the WBO told BoxingScene.com.

Kovalev (33-3-1, 28KOs) is due to make the first defense of his third title reign as a light heavyweight titlist. The Russian slugger reclaimed the title this past February in a 12-round win over Eleider Alvarez, whom stopped Kovalev in eight rounds last August.

England’s Yarde (18-0, 17KOs) stepped into the title picture following a 5th round knockout of Travis Reeves this past March in Kensington, England. Shortly thereafter, the WBO ordered a purse bid hearing which was due to take place April 15 at its headquarters in San Juan, Puerto Rico.

The session was called off after Kovalev’s promoter, Main Events’ Kathy Duva informed the sanctioning body that a deal had been reached. The fight was due to take place June 29 in Kovalev’s hometown of Chelyabinsk, Russia, to air live on BT Sport in the United Kingdom and stream live on ESPN+ in the United States.

As time crept into early June without an announcement or even an update of any kind from investors in Russia who were funding the event, concern grew that the fight would get delayed. Yarde and Warren were adamant in not wanting to wait any longer than necessary as their side agreed to travel to Russia in late June.

Once that agreement was considered null and void, it provided room for the WBO to step in and take control.

All promoters registered with the WBO are free to participate in the purse bid hearing, offering a minimum of $300,000 in order to be eligible to win the rights to the fight. The winning bid must be accompanied with a confirmed date and location for the fight—which will be of crucial importance in light of the follies which have so far followed this matchup.

Wonder if Warren now tries to take this fight to the UK? Granted, TR is the co-promoter of Kovalev so winning a purse bid won't be easy, but it makes sense for Warren to get this in the UK.

Frank Warren is going to pony up some huge money to try and get the fight put in England as Kovalev and main Events ****ed up by not having their investors finalize everything so the fight happened in Russia!

[QUOTE=ShoulderRoll;19811859]It's not what I want to call it, it's what Bob Arum called it when he tried to sue Al Haymon. Now Arum has sham promoters of his own like Kathy Duva[/QUOTE] Indeed. What a hypocritical assh[I]o[/I]le. Ain't really anything…

[QUOTE=CauliflowerEars;19811672]What about Kovalev's legal issues ? Didn't I read something about [I]that[/I] being on his plate during the summer as well ? Does that have any impact on his training or scheduling ?[/QUOTE] I though he had a court date…

[QUOTE=Koba-Grozny;19811599]Whatever you want to call it it's clear that most of the minor promotions are having to figure new ways of doing business in this era of distribution exclusivity. Basically if you ain't aligned with one of the major promotions…